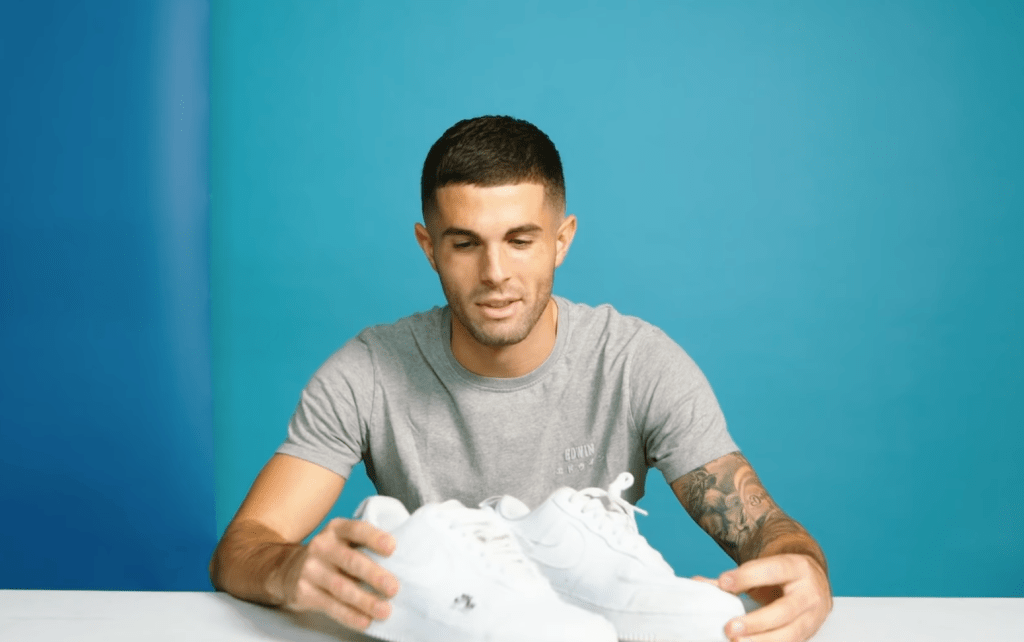 There are A LOT of soccer fans placing the highest of hopes on Christian Pulicis’s shoulders. Hopes that he’ll not only leat the USMNT to qualify for the 2022 and 2026 World Cups but also lead Team USA deep into the tournament and finally show the rest of the world that the United States has arrived on the global stage.

Christian Pulisic managed to carve out some time from his busy schedule in London as a winger for Chelsea to sit down for a GQ Sports segment on YouTube where he discussed the 10 things he cannot live without on a daily basis. The ‘everyday carry essentials’ of a celebrity can look a LOT different than mine or yours but there’s certainly some overlap. For starters, Captain America’s a big fan of Nike Air Force 1’s.

He’s been plagued by injuries on and off over the past year or so and it’s been painful to watch as a big fan of his. Through 12 games this season in the Premier League he’s only notched 1 goal and he had another in the Champion’s League. Compared to 11 goals and 10 assists across 34 appearances last year he’s offensive production is down A LOT but he’ll be back any minute.

Alas, I’m sidetracked. Here he is discussing the items he cannot live without.

Really? 10 things you can’t live without and you’re a pro athlete that doesn’t even mention WATER, the universal solvent, and food? How you gonna live without water and food, bro?! Don’t tell me you can drink that Tiziana Terenzi Kirké, you know you’d get sick.

I wasn’t actually familiar with the Tiziana Terenzi Kirké fragrance until he called it out in this clip. For anyone wondering, you can purchase it at Sak’s for $225. That bottle looks incredible. Tiziana Terenzi also makes several fragrances that retail for over $800 if you’re looking to spend a sickening amount of cash on a personal fragrance.