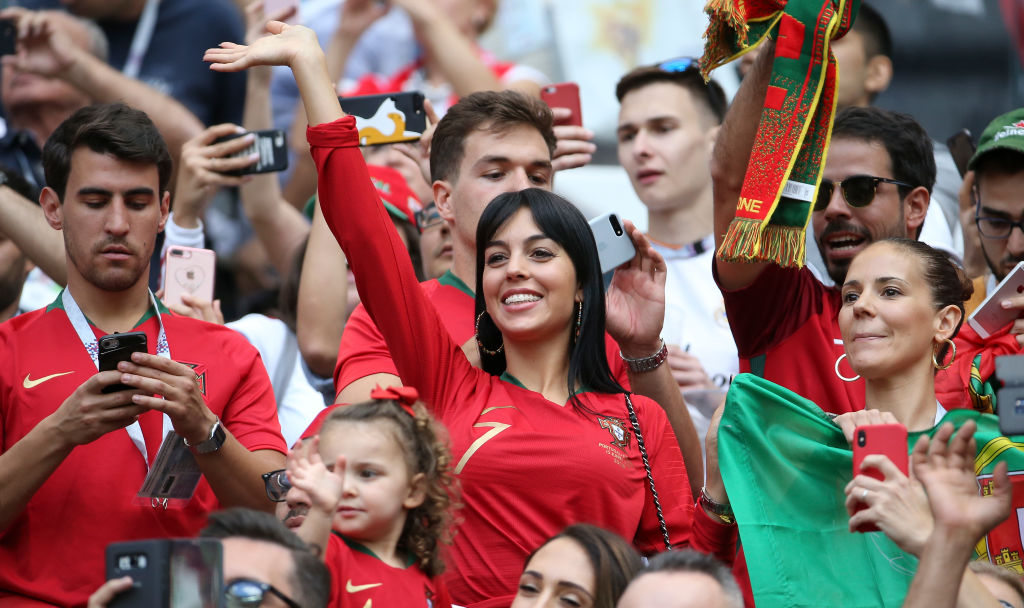 Cristiano Ronaldo’s girlfriend Georgina Rodriguez has made it to Qatar to support her man.

After missing the start of the World Cup, Rodriguez arrived in Qatar with the rest of the family and were greeted with a giant cake of Ronaldo at their hotel.

Upon arrival at her hotel, she encountered an incredible Ronaldo-themed cake.

The dessert displays the forward in his international football kit and keeping-up a football-patterned cake on which Georgina and their five children in figurine form are sitting on.

There was also a smaller cake with Georgina’s picture on it, congratulating her appearance at the Latin Grammys.

She snapped the cake and shared the pictures with her 39.7million Instagram followers on her story.

Eventually, Georgina was able to watch Portugal take on South Korea on Friday.

While Ronaldo is currently busy playing in the World Cup, Rodgriguez is enjoying the sights in Doha.

On Saturday, the 28-year-old model posted a stunning photo of herself relaxing in the beaches of Qatar.