Ciara Shows Off Serious Footwork After Catching Pass From Russ At The White House: Fans React 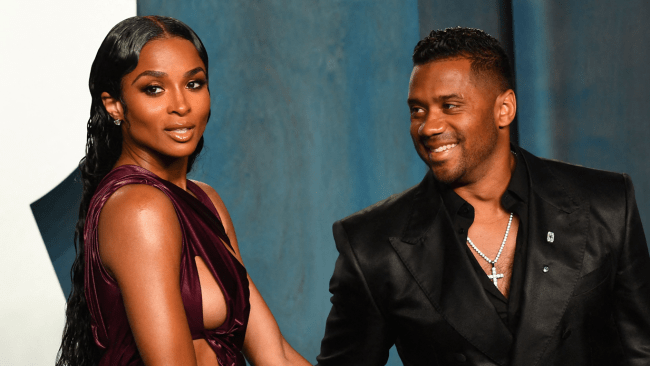 The Denver Broncos may have thought getting Russell Wilson was a big deal, but as she showed on Sunday at the White House’s annual Easter Egg Roll, his famous wife Ciara might be the one with the better footwork.

Wilson, Ciara and their kids Sienna, Win and Future Jr. were on hand for the annual event which finally returned after being canceled the past two years because of the pandemic.

For some reason, as part of the White House Easter Egg Roll there were some cones and tackling dummies set up on the lawn, perhaps in honor of their NFL guest.

However, it wasn’t the NFL star that got the most attention. It was Ciara who after taking a pass from the quarterback proceeded to show off her footwork, blowing through the obstacles and then hitting the Griddy just for good measure.

@ciara with the legit foot work and 🔥🔥🔥 griddy?!?! Not going to lie I didn't see it coming, she threw down.

Stash her on the practice squad.

100% would get more pressures than Malik Reed

This also isn’t the first time that Russell Wilson and Ciara have visited the White House together.

Some fans may recall a date the couple had way back in 2015 when Russ took Ciara to D.C. for a State Dinner.

It was that event that was the first public acknowledgment by the couple that they were actually dating.

“I don’t talk about it too much,” Wilson said when asked who he was dating just a few days prior to the State Dinner. “But, there is someone in mind. I’ll say that.”

Things have turned out pretty well for them since.