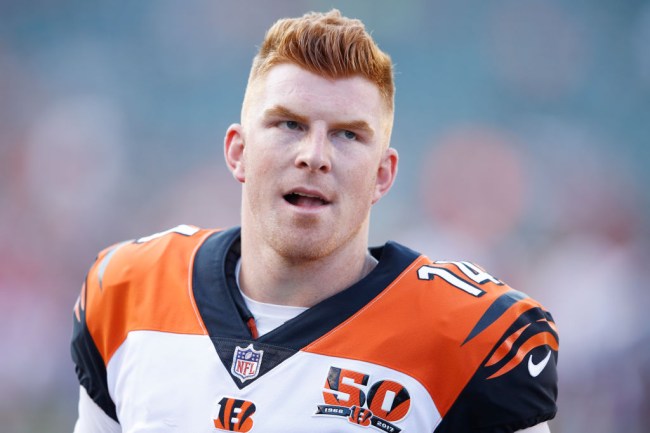 The Cincinnati Bengals had a pretty good run to kick off the start of the decade but the past few years have been pretty rough, and while they’ve been nowhere near as hapless as their neighbors in Cleveland, their fans haven’t had much to write home about.

No one was really expecting much from the team this season but I’m going to assume most people didn’t expect them to begin the year with eight consecutive losses, which, by most accounts, is not a great way to start.

In order to make the playoffs this year, the Bengals would likely need the plane of every team in the AFC North to crash over the next couple of weeks, and even if that happened, it still wouldn’t be a sure thing.

There’s no one single person you can blame for the Bengals’ struggles but it’s easy to point a finger at Andy Dalton, whose performance has apparently been deemed underwhelming enough by the powers that be in Cincinnati to warrant a replacement in the form of rookie Ryan Finley.

Sources: The #Bengals are making a QB change after the bye. Andy Dalton goes to the bench. Rookie Ryan Finley expected to start. More right now on @nflnetwork

I’m sure Dalton wasn’t exactly thrilled to hear the news, but as one astute observer noted, it must have sucked even more to have been informed he was being downgraded on his birthday.

When you consider the Bengals are currently in the midst of their bye week, you’d think they could have maybe waited a day before they informed Dalton and the rest of the world about their decision but I guess that’s not the case.