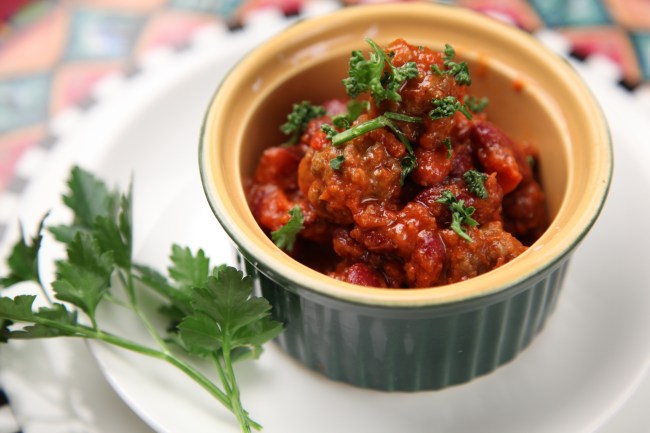 The Cincinnati Reds haven’t been too great the past few years, so let me first say that I feel the pain of this random fan who roots for the team. And, adding to this guy’s misery seemed to be the ridiculous contract that pitcher Homer Bailey had, which is going to pay him $48 million for the next two years. When a team sucks and underachieving players are overpaid, it’s easily to get a little aggro.

Well, this baseball fan hated Homer Bailey’s contract so much that he pledged a little promise — which, when it comes to sports, is never a good idea. Back on December 11, the Cincinnati Reds fan tweeted out that if the team, somehow, traded Bailey, he would record a video on Twitter of him chugging some of Cincy’s most famous product; Skyline Chili.

If the reds miraculously trade homer bailey and that hideous contract, I will periscope me shotgunning 3 cans of skyline chili

While we’ve all said stupid sh*t like that before, for this Cincinnati Reds fan, his wish came true, as the team shipped Bailey off to the Los Angeles Dodgers late last week as part of the blockbuster trade that saw the Reds get Yasiel Puig, Alex Wood and Matt Kemp, among others. And, because this dude is a man of his F’in word, he didn’t crap out of the promise he made about Homer Bailey being traded — and so he did, in fact, take three cans of Skyline Chili to the face. Take a look below.

As promised, here is the chili chug. Thank you to @reds for trading Homer and that god awful contract. pic.twitter.com/VBVaVbL9ND

No joke, for some reason, I’ve watched that video a good three times already and I’ve nearly barfed each time. It could be from the absolute disgustingness of cold, canned meat going down this dude’s throat, or the three tequila shots I took last night telling me I’m too old to be out till 3 a.m., but, either way, there was some dry heaving happening.

Considering Homer Bailey was a pathetic 1-14 with a 6.09 ERA last season — and made $21 million while pitching so piss-poor — I’m not at all surprised this guy was celebrating him getting traded. But, maybe next time this Cincinnati Reds fan won’t go to such great (nor disgusting) lengths when making sports promises.