L.A. City Council Will Vote To Urge MLB To Give Astros And Red Sox World Series Trophies To The Dodgers 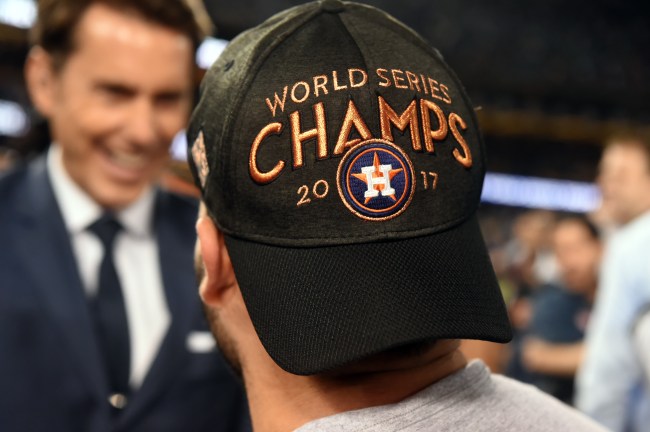 The fallout from the Houston Astros has been pretty seismic. Following an investigation by Major League Baseball into allegations that the Houston Astros were using a sophisticated cheating system (fake trashcan + camera) to steal opposing team’s signals, the punishments were handed out this week.

Houston Astros general manager Jeff Luhnow and manager AJ Hinch have been suspended for a year. After that suspension was announced, Houston Astros owner Jim Crane was quick to announce the two had been fired from the Astros organization. The Astros have also been fined $5 million by MLB and will lose their 1st and 2nd round draft picks for the next two years.

Additionally, 2018 Boston Red Sox manager Alex Cora who led that team to a World Series was reported to ‘play a key role’ in the sign-stealing operation. With the potential of a lengthy suspension from MLB looming, Alex Cora and the Red Sox parted ways with Cora issuing a statement saying he “did not want to be a distraction” to the Red Sox organization.

Besides the fact that both the 2017 Houston Astros and 2018 Boston Red Sox have a connection to this cheating scandal, one thing they have in common is both teams faced (and beat) the Los Angeles Dodgers in the World Series. Now, the Los Angeles City Council will vote on a resolution urging Major League Baseball to rescind the 2017 World Series trophy from the Astros and the 2018 trophy from the Red Sox and award those trophies to the LA Dodgers, according to a report from the LA Times.

The Los Angeles City Council is expected to vote within the next week on a resolution urging Major League Baseball to recall the championship trophies presented to the Houston Astros in 2017 and the Boston Red Sox in 2018 “and award them to the Los Angeles Dodgers.”

Councilman Gil Cedillo, one of the sponsors of the resolution, said he expects the council to approve it. As of late Wednesday, the city clerk had not yet determined what day the resolution would come up for a vote.

Cedillo, whose district includes Dodger Stadium, said neither the Dodgers nor his constituents had requested the resolution.
“This is an equity and justice thing,” Cedillo said. “Who was the best team in 2017? Who was the best team in 2018? It was the Dodgers. They got beat by teams that were cheating.
“Do they need to be told that they shouldn’t have a title?” (via)

This is some straight-up UCF shit right here. I get that Dodgers Nation feels wronged. They were cheated and there’s evidence of that now. But to request a trophy when they lost the games? That feels wrong. Would the players even want that?? Would they hold parades two years later? Do the Astros and Red Sox organizations melt their championship rings and act like nothing ever happened? I just don’t like this idea at all.

MLB did stop short of stripping the Dodgers of their titles and the LA Times article touches on that briefly:

But the league declined to strip the Astros of their title, in part because they recognized the folly in asking fans to wipe out their memories of games that were played. Also, the league avoided the risk in giving the title to the Dodgers and later finding out they might have done something similar.

“You’re right. We don’t know,” Cedillo said. “But what do we know? You make your decisions on what you do know. We know that the Astros cheated, and they were advantaged by it.” (via)

I know if I was a diehard fan and my team lost to a team that was later proven to be cheating I would 100% want that team to be stripped of their title but I wouldn’t want it awarded to my team. Just void that year’s championship and move on.

For a full rundown of what’s happening with this vote, you can click here and head on over to the LA Times.