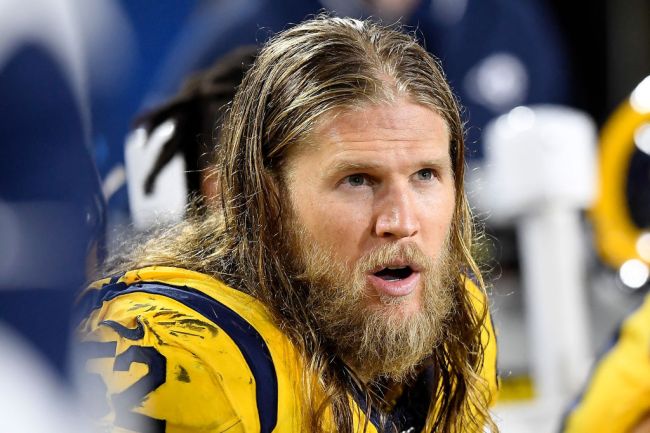 Clay Matthews III is out of the league this year but he expressed his desire to return with a tweet on Sunday night. The six-time Pro Bowler was released by the Rams in March after undergoing surgery for a broken jaw that ended his 2019 campaign. He seems eager to get back on the field and teased the Tennessee Titans with a gif from Animal House.

Tennessee gave Detroit the business in Week 15, but gave up 25 points to the Lions. The Titans are 10-4 on the season but have allowed the NFL’s 11th worst total scoring defense with an average over 25 points per game. The reason for the poor defensive performances has been a series of unfortunate events at the edge pass rusher position. They cut Vic Beasley in early November and Jadeveon Clowney was placed on the Injured Reserve list later last month. He then had knee surgery that will cost him the remainder of the 2020 season. Clay Matthews isn’t the player he was when he first got into the league but he is still a viable pass rusher, at worst. He had eight sacks with the Rams last year, the most since 2014 and fifth most in his 11-year career. Taking a chance on a pretty sure-fire performer makes a lot of sense for head coach Mike Vrabel’s defense.

Clay Matthews will go down as a Green Bay legend 🧀

It also seems like the former USC Trojan wants to get back on the field and fast, making him an inexpensive solution to a short-term problem. With Ryan Tannehill, A.J. Brown, Corey Davis and King Henry putting up big numbers on offense, a defense only needs to be serviceable. Matthews is more than serviceable at 34 years old. The move makes sense.