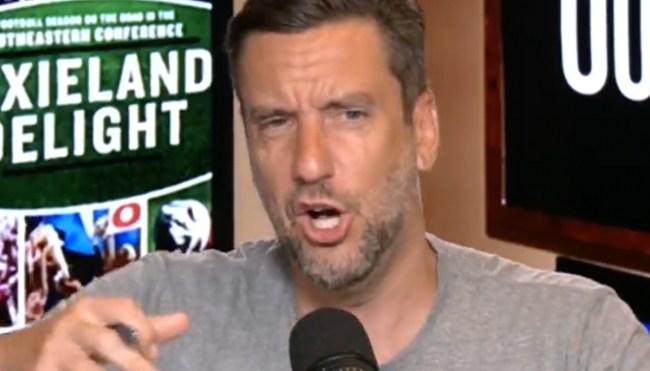 If you played organized sports when you were younger or have reached a point in life where you’ve become the person tasked with shuttling your kids to practices and games, there’s little doubt you’ve had at least a few encounters with one of the planet’s most insufferable scourges: Sports Dads.

For the uninitiated, the Sports Dad is a member of the That Guy subspecies. Their primary identifying characteristic is an irrational emotional investment in sporting events featuring athletes that can be listed as dependents on tax returns, which results in them routinely subjecting their offspring to a crippling feeling of secondhand embarrassment.

That defining trait is frequently manifested in a wide variety of ways, including challenging refs and other parents to fight them in the parking lot and devoting more time than anyone should to anonymously disparaging their child’s high school basketball coach in the comment section of their local newspaper’s website.

The easiest way to understand the essence of the Sports Dad is to take a look at a concrete example, and I owe Clay Travis a debt of gratitude for providing me with the perfect case study in the form of a video he recently posted on Twitter.

On Tuesday, the Outkick founder shared a story concerning his experience at a Little League baseball tournament his 11-year-old son took part in over Memorial Day Weekend, which appeared to leave a sour taste in his mouth.

Why? Well, Travis had invited his parents to join him in the stands to watch the game for what was poised to be an enjoyable family affair. Unfortunately, those plans were derailed by the umpire who had the gall to eject him from the bleachers after the outspoken radio host dropped an f-bomb while complaining about his performance behind the plate.

I got kicked out of a little league game this weekend after the worst umpire call in little league history. pic.twitter.com/dYMfLaJk2z

Why did Travis decide to tell on himself in the first place when he simply could’ve…not posted an eight-minute video where he attempted to justify his decision to swear at a guy working the plate at a Little League game between a bunch of middle schoolers? The world may never know.

However, that’s exactly what he did. Travis said his frustration stemmed from multiple calls the ump in question made concerning minor infractions committed by a couple of players, and things eventually reached a boiling point when his son was called out for batter interference.

That development led to Travis dropping an ever-reliable “You’ve got to be f—king kidding me,” which resulted in him getting the boot:

Travis said he was permitted to watch the rest of the game after being exiled to the left-field fence. However, he was obviously not happy he was forced to deal with the consequences of his actions based on his remarks in the section of the video featuring the vertigo-inducing spin zone he entered in an attempt to paint himself as the real victim.

At one point, he claims he got caught up in the “significance” of the call and asserted the stakes were higher than you might think by stressing the travel team his 11-year-old plays on is “fairly high-level Little League.” Travis also cited the undoubtedly whopping sum the ump receives for working games at that fairly high level, saying the that fact that he’s paid means he must “be held to a professional standard.”

He attempted to drive that point home by claiming, “If this had happened in Major League Baseball, the umpires get tossed in a heartbeat,” which doesn’t really stand up to a ton of scrutiny when you consider the MLB has been cutting Angel Hernandez checks for more than 30 years.

I will say I can kind of understand where Travis is coming from; based on his description of how things went down, I can at least sympathize with his frustrations with the ump. With that said, if you’re ever in a position where your attempt to defend yourself starts with some variation of “I know I said ‘f—k’ at Little League game so loud the umpire was able to hear it, but…,” you’ve already lost.