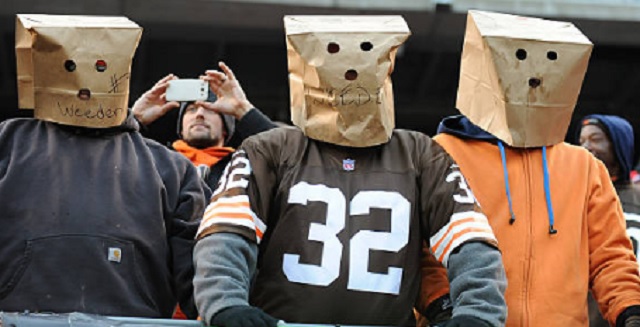 The Cleveland Browns can’t do anything right these days. Minutes before yesterday’s trade deadline the Browns attempted to make a trade for Bengals backup QB A.J. McCarron only to see the deal fall through because they didn’t send an email the league their paperwork before the 4pm trade deadline.

So, the Bengals signed and filed their version of the agreed-upon deal just before the deadline. The Cleveland Plain-Dealer reported that the Bengals copied the Browns on that filing.

The Browns sent a copy of the deal to the Bengals, but The Enquirer confirmed the original ESPN report that the Browns did not send anything to the league. (That was also confirmed by The Cleveland Plain Dealer.)

“I don’t know that I’ve ever really heard of one,” he said.

“All you have to do is notify the league office you’re making a deal. And that’s an easy thing.”

Of course the Browns are trying to pin their own incompetence on the Bengals.

Try again: #Browns sent signed doc to #Bengals to sign and send to league, but #Bengals sent doc to #NFL only signed by them