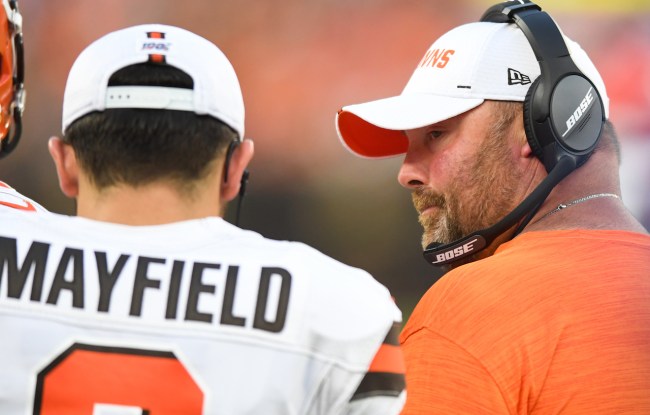 Freddie Kitchens will be one-and-done as Cleveland Browns head coach, according to The Athletic‘s NFL reporter Michael Lombardi.

In a December 28 tweet, Lombardi claimed that two separate NFL sources told him that they expect “more than just a head coaching change” in Cleveland prior to the 2020 season.

Heading into Week 17, the Browns — who were picked by many to win the AFC North and contend for a playoff position — currently sit at 6-9, locking them in as the only team in the National Football League to not have a single winning season in the last decade.

The Browns entire team has regressed in 2019, especially former Heisman Trophy-winning quarterback Baker Mayfield, who fell off a statistical cliff in a year that he was expected to make the leap to franchise quarterback.

Two NFL sources told me last night that they expect more than just a head coaching change in Cleveland. 2020 will be interesting.

Heading into the 2020 season, Cleveland’s priority has to be reestablishing Baker Mayfield as the future of the franchise, as the former #1 overall pick in the 2018 draft looked like a shell of his former self this past year.

The Browns could be a potentially attractive destination, as they have talented players all over the roster, especially on offense, as they also boast the likes of Nick Chubb, Odell Beckham Jr., Jarvis Landry, and Kareem Hunt in addition to Mayfield.