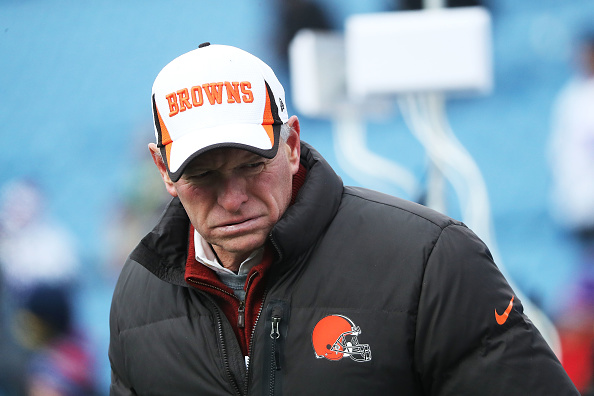 This is a must-read story on the Browns dysfunction by ESPN’s Seth Wickersham, highlighted by a hilarious “DP” mix up. https://t.co/7qbDXgIc9U pic.twitter.com/Xql4j6jU23

Haslam is apparenly so upset about the article that he is ending his sponsorship deal for his company Pilot Flying J that is worth millions.

Pilot Flying J is pulling its extensive advertising and sponsorship agreement with ESPN two years into a four-year deal, sources say, after ESPN.com ran a critical story on the inner workings of the Browns. Jimmy Haslam, who owns the Browns with his wife, Dee, also is Pilot Flying J’s CEO. The brand’s multi-platform deal with ESPN included significant advertising around college football, an SEC corporate sponsorship that made it the conference’s official travel center, and agreements for ESPN talent Paul Finebaum and Laura Rutledge to endorse the brand. ESPN owns all of the SEC’s marketing and media rights, which is why it sold the league sponsorship. Pilot Flying J and ESPN are negotiating how to unwind the deals, which are believed to be worth low-to-mid seven figures annually.

Haslam’s temper tantrum over ESPN’s story is dumb and proves how inept he is at his job.

Jimmy Haslam making ESPN a sympathetic figure. That's a special quality to have.

This thin-skinned response tells me the reporting in the original story was spot-on.