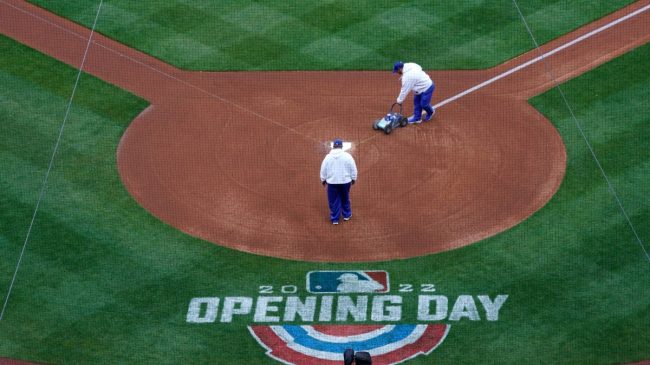 It took a little extra time, but we’ve finally gotten to see some action on the diamond. It starts out with hope for all 30 ball clubs, but only one will hold the World Series trophy at season’s end.

That can certainly be said for the Cleveland Guardians, who are looking to improve upon last year’s 80-win output. Star infielder Jose Ramirez headlines a young roster. In fact, no player in the Opening Day starting lineup cracked the age of 30.

Still, the youth movement brings fans something to look forward to. The excitement that surrounds Cleveland baseball has grabbed hold of the city, and it apparently took hold of the Guardians’ social media team, too.

They confidently tweeted this out prior to the game.

Of course, a perfect season is all but impossible to achieve, but unfortunately for Cleveland, that pursuit to 162-0 ended rather quickly.

The Guardians were beaten by the division rival Royals in Opening Day action, falling 3-1 on Thursday.

Ramirez got Cleveland on top first with an RBI double, but it was all Kansas City after that. The loss caused the team to backtrack a bit, but that confidence still remains.

Game two of this series will continue on Saturday. The Guardians will try to notch their first win of the year and keep this new goal alive.