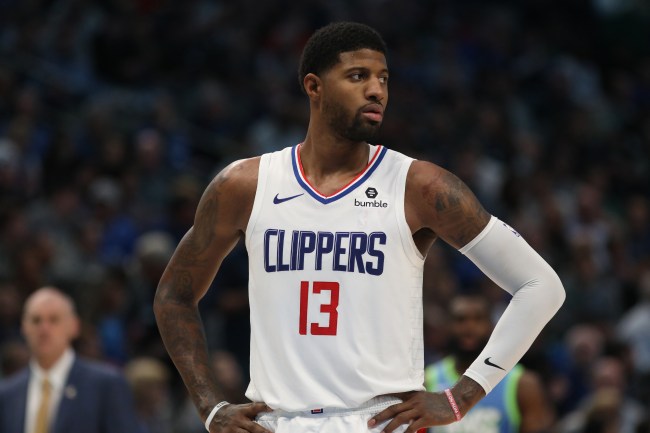 Clippers fans are fed up with Paul George after the team suffered a historic playoff collapse against the Nuggets.

During game 7 of the Nuggets-Clippers, George went AWOL and scored an anemic 10 points which included an embarrassing three-point attempt that went off the side of the backboard.

Lmaaaooo. Game 7 and this man Paul George throwing shots off the side of the backboard 😂😂😂 pic.twitter.com/OWvM7ur1UM

Immediately after the game Clippers fans began recirculating a petition to get George to play overseas.

please take a second to sign this, all it takes is one click. our country deserves change. https://t.co/pK1BUOTAkq

Paul George played so terribly there is a petition to get him kicked out of AMERICA pic.twitter.com/cVEdcA58wF

One fan was so angry with George’s performance in game 7 that he set his Paul George jersey on fire.

It’s going to be a long offseason for Paul George and the Clippers.