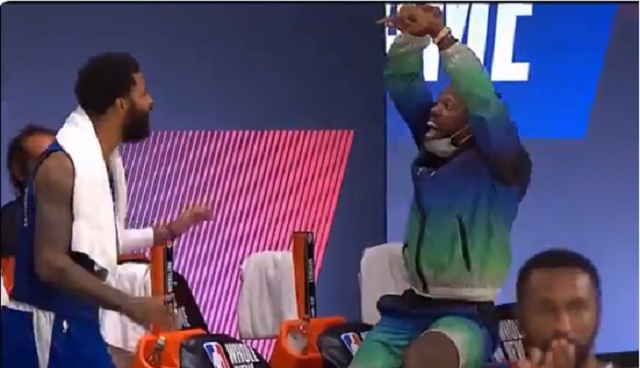 The Portland Trailblazers took a heartbreaking loss on Saturday and Damian Lillard can’t be feeling good about it.

With eighteen seconds left in the game and down one point Lillard had the opportunity to either tie the game or put the Blazers up by two while at the free-throw line. Unfortunately for the Blazers, Lillard ended up missing both free throws.

Lillard immediately fired back at Beverley after the game.

Blazers’ Damian Lillard on Clippers’ celebrating & waving him off court after clutch FT misses: “Patrick Beverley, I sent him home before. Paul George just got sent home by me last year… I’m not offended by it. It should tell you how much it hurt them.” pic.twitter.com/mPFjnACHMi

Lillard on Pat Bev yelling "Dame time" after his two missed freethrows:
"To me, that just shows what they expect from me…He remembers it firsthand from when I was a second-year player and he was in Houston."