This Should Be Entertaining: CMT Announces New NASCAR Docuseries ‘Racing Wives’ To Debut In 2019 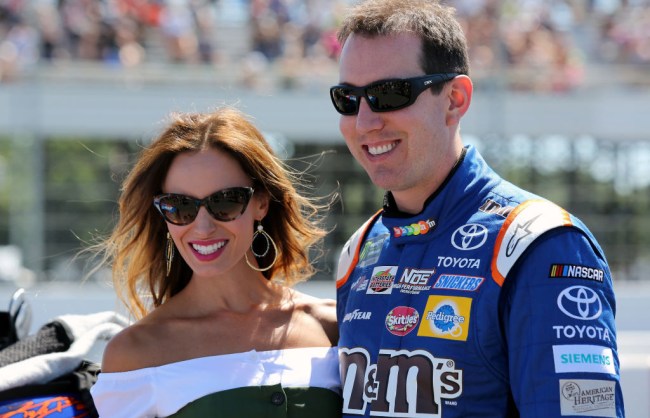 Just when we thought that every reality TV concept had been done, CMT goes and announces an all-new docuseries centered around NASCAR called Racing Wives. The new show will follow the never-before-seen private lives of the wives (and a fiancée) of some of NASCAR’s most well-known drivers.

Mariel Lane, Whitney’s best friend – a Monster Energy Girl and fiancée to Paul Swan, a rear tire changer for Austin Dillon’s race team – will star in the series as well.

Also featured is Amber Balcaen, an aspiring NASCAR driver new to the racing community who left everything, including her boyfriend, back home in Canada to chase her dreams of racing in the big leagues.

“Of course I’m not a wife of a driver, but the show follows my journey of me as the racecar driver on my pursuit of being in NASCARs top series,” wrote Balcaen on Instagram.

Start your engines… #RacingWives is coming to CMT in 2019! 🏁 Meet the wives + get details on season 2 of #MusicCityCMT by clicking on our link in bio.

The eight-episode, hour-long unscripted series will be set in the Racing Wives’ homes in Lake Norman, North Carolina and will debut in early 2019 and be paired with the second season of Music City. Should be very interesting. And if Jay Cutler has taught us nothing else, it’s that reality TV can, indeed, be fun!

I’m so excited to share that I will be a part of Racing Wives on @cmt airing this winter! You’ll get to see a BTS look at how we try to balance family, friends, businesses and racing. Welcome to life in the fast lane! 🏁 #CMT #CMTfamily #RacingWives

Watch your favorite besties on Racing Wives 🏁 Coming in 2019

Your favorite besties are coming to a tv near you only on @CMT Winter 2019!!! #Racingwives 📸: @childishart Makeup: @yourmajestybre

Super excited to announce that I will be on CMT’s upcoming reality show #RacingWives airing this winter!! @CMT . . Of course I’m not a wife of a driver, but the show follows my journey of me as the racecar driver on my pursuit of being in NASCARs top series. I’m honored to be apart of the cast of; @samanthabusch @mrsashleybusch @whitneyward @missmariellane @trishpena @xojordanfish . . So this is what I have been up to all summer! It was so hard keeping this all from you for so long, and keeping my racing plans under wraps. I am excited for this next chapter in my life and be able to share more of my story with you all. So make sure to tune in to see what’s happening next with my racing career and what it’s like behind the scenes of NASCAR🏁 . . @cmt @nascar #CMT #NASCAR #RacingWifes