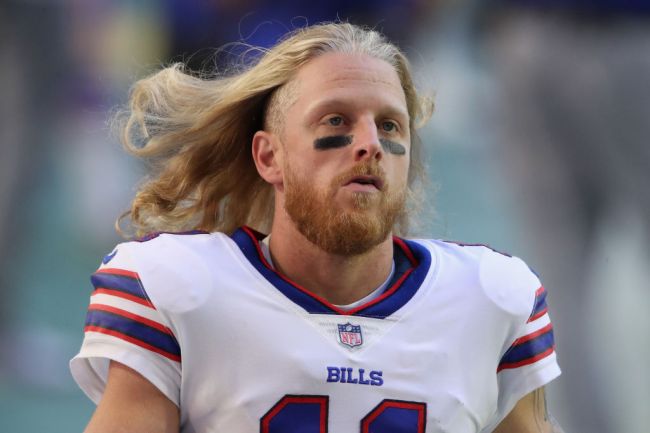 Earlier this week, the Bills announced that everyone 12 and older attending the game would have to prove they had received at least one shot of the Covid-19 vaccine before being allowed inside Highmark stadium for home games.

Erie County and Pegula Sports & Entertainment have announced that everyone 12 and older will need at least one shot of the coronavirus vaccine in order to be able to attend Buffalo Bills games at Highmark Stadium. There will be no medical or religious exemptions.

Fans will need at least one shot of the COVID-19 vaccine to attend games from now until the end of October. Starting on October 31, fans over 12 will need to be fully vaccinated in order to enter the stadium. Fans under the age of 12 who are ineligible to receive the vaccine must wear a mask at all times in the stadium through the end of October, but beginning on October 31 they can proceed unmasked.

Erie County Executive Mark Poloncarz noted that showing a fake or forged vaccine card is a felony in New York State. Actual cards (not photocopies, not pictures of your card), the Excelsior Pass, and other states’ digital options for confirming vaccination will be accepted.

Beasley, who has been vocal in his opposition to Covid-related mandates, responded to the Bills’ vaccine mandate for home games by offering to purchase tickets for fans at away games.

If you find an away game you are able to go to then I will buy the tickets for you guys. DM me names and every thing snd I’ll figure out the best way to make it happen. Wish she could witness the mafia! https://t.co/LfBdULPcmK

I hear you brother. If you can find your way to an away game this year, tix are on me 👊 #BillsMafia https://t.co/nFwpXK16wk