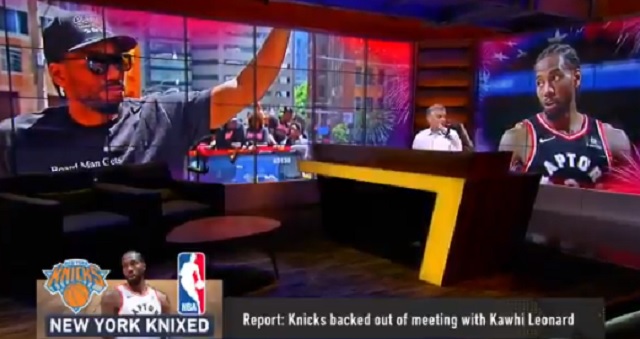 This afternoon Southern California was hit by a magnitude 6.4 earthquake, about 150 miles from Los Angeles

Breaking News: A 6.4-magnitude earthquake hit a remote area of Southern California. It's the most powerful tremor to shake that region in years. https://t.co/N5kZMTC3eB

The #earthquake measured with a preliminary magnitude of 6.6 struck near the town of Ridgecrest, California. Later, the U.S. Geological Survey downgraded its magnitude to 6.4 https://t.co/RBJZUN1vcb

FS1’s Colin Cowherd, who films his show in Los Angeles, was live on-air discussion Kawhi Leonard during the earthquake.

Cowherd, who was experiencing his first earthquake, seemed to be able to keep his cool during the quake.