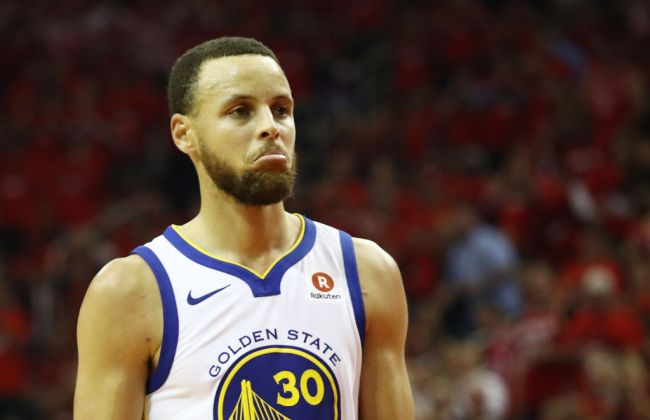 After the initial NBA All-Star game rosters were announced and Devin Booker’s name was excluded, LeBron James took to Twitter to let the world know that the Suns’ guard is “the most disrespected player” in the NBA. Plenty of people agreed with James’ take, but Colin Cowherd isn’t buying it.

The Suns haven’t made the playoffs since the 2009 season and aren’t exactly the most followed team in the NBA, which hasn’t helped Bookers’ cause since arriving on the scene in 2015. Having said that, Booker is averaging just under 25 points and 4.3 assists per game this season and has Phoenix rolling in the Western Conference.

Cowherd’s disagreement with James’ take has everything to do with winning and seeing as how Booker hasn’t won anything, besides the NBA three-point contest in 2018, he can’t really be in the discussion of being ‘disrespected according to his logic.

Cowherd took a bit of a shot at James’ tweet during a segment of ‘The Herd’ on Thursday and made the case that Steph Curry is actually the most disrespected player in the game. At first glance, that statement seems a bit off seeing as how Curry is without question one of the biggest superstars in the league, but the argument he presented made sense.

Cowherd sees Curry as one of just three players that have truly changed the game, with Michael Jordan being the first, James being the second, and now Curry.

“Steph Curry changed how all of basketball is played. All of it. When you do a fast break now in basketball, even if you have a numbers advantage, you’re allowed to pull up for a three-point shot. Your high school and college coach would have benched you for that, now you are encouraged, analytically on a fast break, when you have the three-on-one advantage numbers wise, to pull up and shoot a three.”

"People talk about Devin Booker being disrespected. Has he won multiple titles or been unanimous MVP? What has he done? Stephen Curry is completely disrespected."

You can make the argument that Booker is the most disrespected player in the NBA, but you can’t really argue with the points Cowherd made about Curry changing how the game is played. Completely disrespected may be a bit of a stretch, but Curry is in a league of his own when it comes to game-changers.