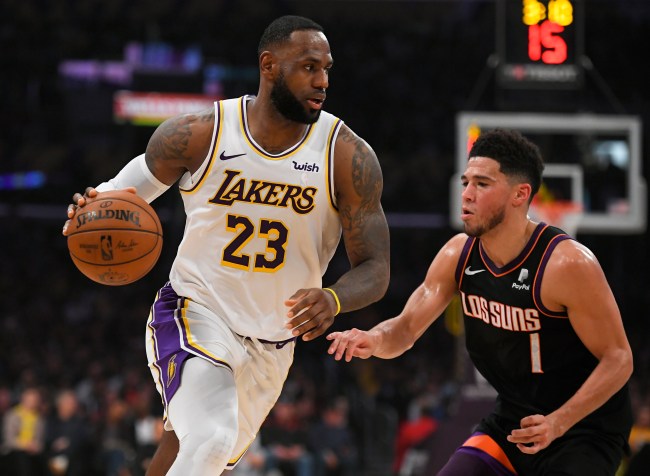 You know what time it is, fellas? Snub O’Clock!

Time to dissect who the most abhorrent snubs from the 2021 All-Star game is while also willfully forgetting the fact that there are a finite number of spots and many great players in the league, thus we will engage in this innocuous song and dance every single year until the aliens abduct us!

Devin Booker is the most disrespected player in our league!!! Simple as that.

Devin Booker failed to secure an All-Star spot this season after notching his first last season, and Dame Lillard was selected as a reserve (not a starter) despite playing at an MVP clip: 29.8 points, 7.9 assists, and 4.3 rebounds per contest.

Booker is averaging 24.7 points, 4.3 assists and 3.8 rebounds for the surging Suns, but his teammate Chris Paul got the nod over him (16.6 points, 8.5 assists and 4.5 rebounds per game). The 35-year-old Paul has totally transformed the identity of the Suns franchise, slowing down the pace and skyrocketing offense efficiency for him and his teamamtes, Booker included.

LeBron is not the only one who simply CaNnOt dEaL.

I can’t believe Devin Booker is NOT an All-Star. Huge mistake.

Don’t get mad Devin Booker, get EVEN!! Make a hit list, put all the West Coaches and their teams on it! And if I’m @CP3, take on the role of Drew “Bundini” Brown, be in his ear before every game saying “I bet he didn’t vote for you either”. Fireworks are coming, I’m popcorn ready

Even we know that Devin Booker is an All-Star…

Devin Booker should have been an NBA All-Star pic.twitter.com/sRut9kL1FG

Domantas Sabonis is the first player in NBA history to average 20/10/5 and not make the All-Star team.