Colin Cowherd Tries To Say ‘Two Cities,’ Instead Says A Word That Rhymes With ‘Cities’ That Isn’t Exactly Radio Friendly 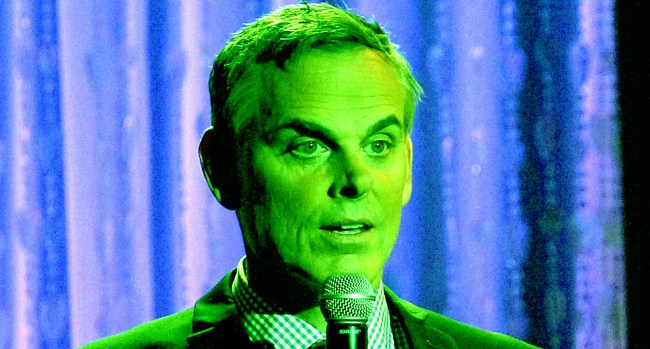 Colin Cowherd talks a lot. The man is paid to say many, many words into a microphone five days a week on ‘The Herd.’ Given the fact that he’s on-air for 15 hours per week, he’s bound to fumble his words every now and again, it’s just part of it.

Well, during Friday’s show he fumbled his words alright.

While discussing the fact that Los Angeles and Tampa Bay have all of the sudden acquired top talents across all four major sports and reacting to the Trevor Bauer to the Dodgers news, Cowherd tried to say ‘two cities,’ but instead said a word that rhymes with cities that isn’t exactly radio compliant.

The stuttering ‘two, two, two’ after immediately realizing what he says is classic, as is the face Cowherd makes as his heart-rate undoubtedly picked up a bit.

People misspeak all day long. Not everyone misspeaks in that sort of fashion on a national radio show, but hey, it was very obviously an honest mistake.