Colin Kaepernick’s Attorney: ‘Within The Next 10 Days Somebody Will Sign Him’ 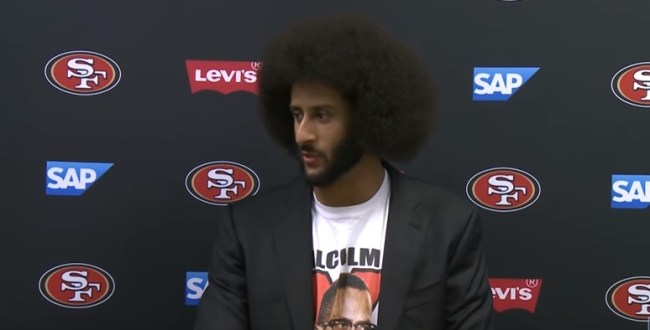 “I think the NFL has to come to their senses and realize every day that goes by just proves the collusion case even more,” Geragos told host Adam Carolla. “There is a public/private aspect to this in that they’re playing in municipal stadiums when the President is threatening there will be tax consequences. That’s public action and public action gives you even a more heightened protection. Ultimately I think they will come to their senses and somebody is going to sign him.”

Geragos is representing Kaepernick in his case against the NFL where they believe teams are colluding not to sign the controversial quarterback. You can listen to the interview between Carolla and Geragos HERE and the Kaepernick statements begin at the 40-minute mark.

Last week, Geragos said that the Houston Texans owner Bob McNair’s “inmates” comment was a “smoking gun” of collusion against Kaepernick. “Remember when I indicated that I thought pretty soon a smoking gun would come up?” Geragos asked Carolla last Friday on his Reasonable Doubt podcast. “That’s about as good a smoking gun for collusion as you can get. ‘We’re not going to let the inmates run the prison.’” “I can think of seven teams right now that could use him,” Geragos said. The possible landing spots for Kaepernick include the Browns, Patriots, and Colts.