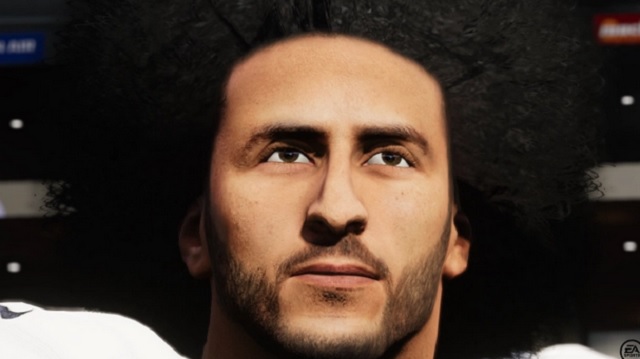 For the first time since 2016, you can play as Colin Kaepernick in a Madden football video game.

On Tuesday afternoon, EA Sports announced they were adding the adding Kaepernick as a free agent in Madden 21 and he will be available in both the play now and franchise modes of the game.

Colin Kaepernick is one of the top free agents in football and a starting-caliber quarterback. The team at EA SPORTS, along with millions of Madden NFL fans, want to see him back in our game.

“Knowing that our EA SPORTS experiences are platforms for players to create, we want to make Madden NFL a place that reflects Colin’s position and talent, rates him as a starting QB, and empowers our fans to express their hopes for the future of football. We’ve worked with Colin to make this possible, and we’re excited to bring it to all of you today.”

When you score a touchdown with Colin Kaepernick in #Madden21 and choose "signature" celebration, Kap holds up the Black Power fist. pic.twitter.com/rclVIFjXze

According to the Undefeated, Kaepernick had to negotiate the rights to his likeness himself because he was no longer part of the NFLPA due to being a free agent.

This past summer, ahead of the release of Madden 21, EA Sports approached Kaepernick to negotiate the rights to his likeness so that he could return to the game for the first time in four years. According to multiple sources familiar with the negotiations, Kaepernick was “hands-on” in determining exactly how his avatar was depicted in Madden 21. EA Sports confirmed that Kaepernick requested that his player in the game wear an Afro — an update from his most recent head image in 2016 that portrayed him in Madden 17 with cornrows. Also, according to multiple sources, Kaepernick weighed in heavily on his avatar’s signature celebration — a Black Power fist — to reflect how he celebrated scoring plays the last time he took to the real-life football field during the 2016 NFL season.

Kaepernick was given a 81 QB rating in the game which is higher than several starting QBs in the league.

BREAKING: @Kaepernick7 is back in @EAMaddenNFL for the first time since 2016.

At 81 OVR, Kap returns as Madden 21's top-rated free agent QB, ranking in top 15 of all QBs in the game. Users can sign him on ANY team in NFL.

Colin Kaepernick gets 81 overall rating from the Madden 21.