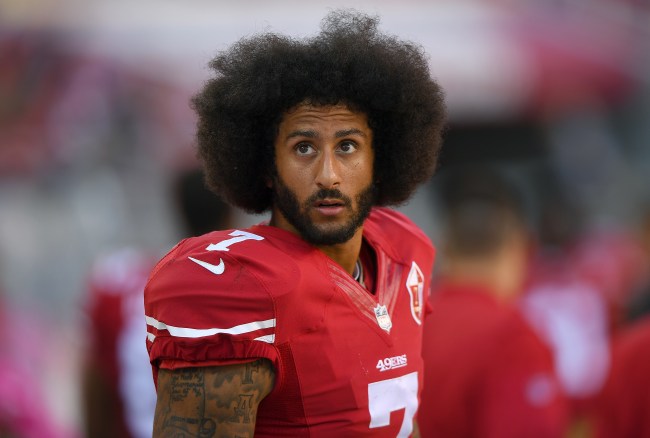 The plan was for Saturday’s workout was for Kaepernick to meet with teams in the Falcons practice facility for a few hours while former Browns head coach Hue Jackson helped run the drills.

Here is the plan today for Colin Kaepernick’s workout. 25 teams are confirmed to be planning to attend, mostly pro scouts. Video will be available for all teams within 24 hours. https://t.co/oYwGeymi1w

Sources: The NFL is providing three wideouts for the Colin Kaepernick workout but Kaepernick may bring up to five of his own. Former 49ers teammate Bruce Ellington, who played with Kap in 2014-15, is expected to attend.

Kaepernick, however, had a change in plans after the NFL apparently added extra stipulations that included that the workout be held in private without any media present. Kaepernick also took issue with the NFL for trying to force him to sign an “unusual” liability waiver.

Colin Kaepernick’s workout at the Falcons’ training facility at 3 pm is off; his workout now will be at another Atlanta location at 4 pm today.

Here is the official announcement: pic.twitter.com/d9dIfJSbY3

A few things triggered the move of the Kaepernick workout:

1.) There was a significant problem with the type of waiver #NFL requested. Kaepernick agreed to sign a normal Pro Day injury waiver. NFL asked for a more complex waiver with clauses about non-guarantees of employment.

3.) When #NFL refused to allow Kaepernick to tape the workout and control their own copy, Kaepernick asked that media be allowed into the workout to view/record the session. NFL said no. That’s when Kaepernick felt the league refused to be transparent and asked to change venues.

This has all been handled poorly by the NFL and is such a shitshow.