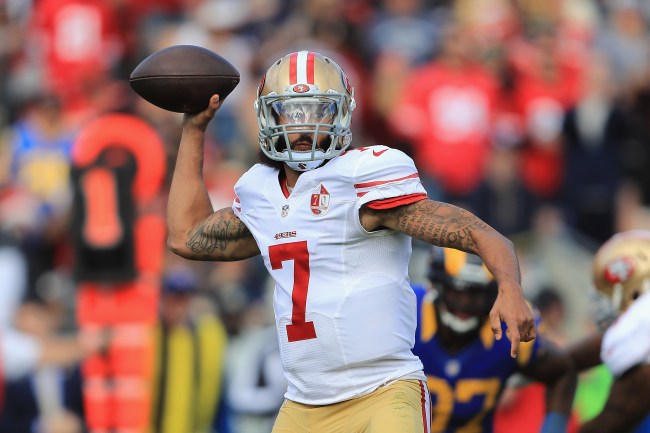 Will Colin Kaepernick finally get a chance to make an NFL comeback?

We’re only two weeks into the NFL season and there are already several teams in need of quarterbacks because of injuries.

First, Ben Roethlisberger went down with a season-ending elbow injury leaving only one QB on the depth chart for the Steelers.

Ben Roethlisberger is out for the season with an elbow injury, the Steelers announced. pic.twitter.com/pfQqoLtYzE

And then Jets backup QB Trevor Sieman suffered a serious ankle injury last night vs the Browns that will sideline him for the year while starting QB Sam Darnold is dealing with Mono.

#Jets QB Trevor Siemian, who injured his ankle in last night’s loss to the #Browns, is our for the season and will likely need surgery, per coach Adam Gase.

With all the QB injuries around the league Kaepernick’s agent has been reportedly contacting teams trying to get a workout for his client.

Source close to @Kaepernick7 in light of all the QB injuries: “Colin is literally in the best shape of his life. He’s been working out 5 days a week at 5 am for 3 years. He wants to play and his agent has been contacting teams in need of a QB.”

For the past month, Kaepernick has been posting workout videos on social media to prove to teams that he’s ready.

From putting in work predraft, to staying ready against the odds! Love to my Brother @obj – #StillReady

Works on his craft at 5 am every day at a field in NJ. Team running out of QBs. Trump said he deserves a shot and his Ambassador to the UK owns the team (saying all that wouldn't hold my breath but, man, with all these QBs going down it is not a good look)

We’ll see what happens but I highly doubt any team will take a flyer on Kaepernick at this point.