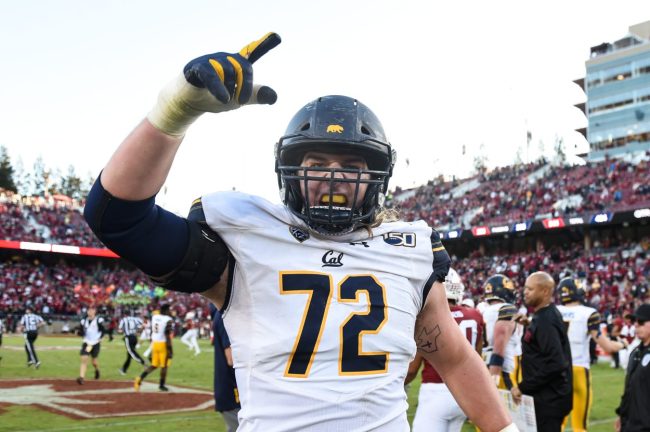 Former University of California-Berkeley offensive lineman McKade Mettauer announced that he is transferring to Oklahoma. However, to do so, he used a bible verse that is completely out of context.

Mettauer, a three-star recruit out of high school, stands 6-foot-4, 305 pounds and played in all 29 games possible over the last three seasons with the Golden Bears since his arrival in 2019. He earned All-Pac-12 second-team honors in 2021 and is taking his talents to Norman.

However, the way in which he announced his transfer was not particularly acute.

Mettauer used a bible verse, Esther 4:14, as his accompanying text for his graphic. That verse is completely inapplicable.

Perhaps you were born for such a time as this. Esther 4:14 pic.twitter.com/XFtorKXmwL

The verse, in actuality, is about a woman, Esther, finding herself in a very difficult position.

“For if you remain silent at this time, relief and deliverance for the Jews will arise from another place, but you and your father’s family will perish. And who knows but that you have come to your royal position for such a time as this?”

This verse was spoken to Esther, who was in a position to rescue her people, the Jews, from death. But, if she was to follow through with her plans to step in and intervene, she was putting her own life at risk because of the laws at that time.

Esther was hesitant, but she trusted that God put her in that position sovereignly. She believed that she was meant to do what needed to be done.

The verse has absolutely nothing to do with Mettauer’s decision on where to continue his college football career. But here we are.