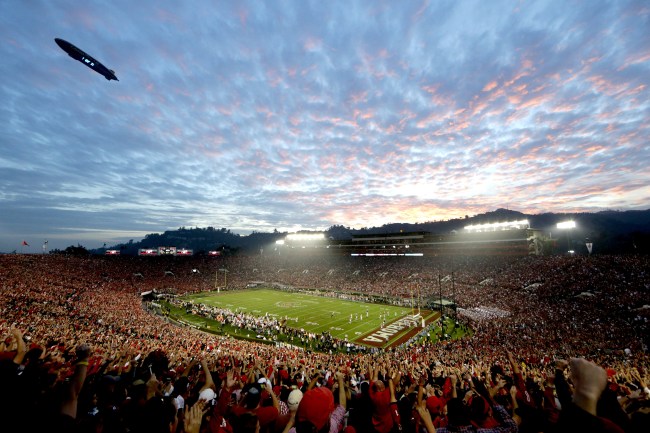 Rumors are swirling that the college football season could be in serious jeopardy.

On Saturday morning, Watch Stadium’s Brett McMurphy reported that the MAC conference became the biggest conference to date to cancel their college football season this fall due to coronavirus concerns.

Can confirm the Stadium report that the MAC has cancelled football this fall. MAC presidents had a call at 9 a.m. this morning, and the finances didn't make sense anymore. The league had just 5 buy games with Power 5 schools remaining. Look for the spring option to be explored.

The Mid-American Conference has canceled its football season this fall because of player health and safety concerns regarding COVID-19, sources told Stadium.

The 12-member MAC is the first Football Bowl Subdivision (FBS) conference opting not to play this fall. On Wednesday, UConn, an independent, became the first FBS school to announce it would not play this year. The MAC intends to try to play in the spring, sources said.

The MAC reached its decision Saturday morning in a vote by the league’s presidents, sources said. The conference presidents initially met Thursday to finalize the league’s scheduling format. However, Northern Illinois president Lisa Freeman, a former research scientist at the University of Rochester School of Medicine, indicated her school would not play this fall because of the health and safety concerns, sources said.

The presidents of Big Ten schools also met on Saturday and there’s gaining momentum to cancel the college football season.

Source: Big Ten presidents are meeting today. All options are on the table. There's some presidential momentum for canceling the fall football season. It's unknown if there's enough support to make that decision today.

The college football season has officially been put on life support.

In the past few hours:

– MAC cancels the season.
– Big 10 on the brink.
– Major talk of canceling the whole thing.
– More questions being raised by the minute.

At this point, football is in HUGE trouble.