College Football Playoff Semifinals Picks Against The Spread: Taking One Favorite And One Underdog 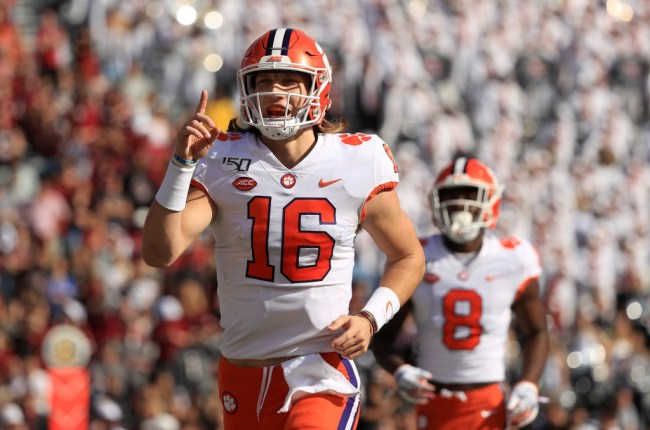 College football bowl season is well underway and with the last weekend of 2019 fast-approaching, it means that the College Football Playoff semifinals are nearly here. While there are plenty of great games to come, none stand out above the two semifinal matchups set to take place on Saturday.

We’re picking the Chick-Fil-A Peach Bowl in Atlanta that will feature Oklahoma and LSU and the Fiesta Bowl where Ohio State and Clemson will do battle.

If you saw this 13.5 point spread and immediately thought it was too high, you aren’t wrong. Jalen Hurts and the Sooners can put up points and if you add that to the experience of making the CFP four of the past five seasons, taking the Sooners here is an easy pick.

LSU may have the top offense in the country from a yards-per-game standpoint averaging 554.3, but the Sooners sit in the No. 2 spot at 554.2 yards-per-game; these two offenses know how to move the ball.

While neither of these two teams’ defenses is bad by any means, this is an LSU defense that allowed over 28 points in five regular-season games while Oklahoma put up at least 28 points in every game this year averaging 43.2 points per game. LSU’s offense can score in bunches, too, but its defense has a tendency of letting up big plays.

Oklahoma hasn’t lost a game by more than 13 points since 2016 and I don’t see that trend changing on Saturday. The Tigers will get the win in Atlanta, but Oklahoma will keep it close enough.

Clemson has been overlooked all season long, which is a spot the Tigers don’t mind being in. While they may be the slight favorite here, most would argue that Chase Young and Justin Fields are going to be too much for this Clemson team to handle.

The Tigers may be the least battle-tested of the other three teams in the Playoff, but they found their stride over the last few games of the year. Trevor Lawrence may have had a handful of bad throws and series during the regular season with eight picks on the year, but let’s not forget he also tossed 34 touchdowns while his team averaged 46.5 points per game.

While you can argue that Clemson hasn’t seen a team like this Ohio State team, the same could be said for Ohio State, the Buckeyes haven’t seen a three-headed monster like Lawrence, his receivers group and Travis Etienne out of the backfield.

This game is a coin-toss and may very well come down to the last possession of the game and if that’s the case, give me Dabo Swinney’s experienced side to have the final blow in a close win.