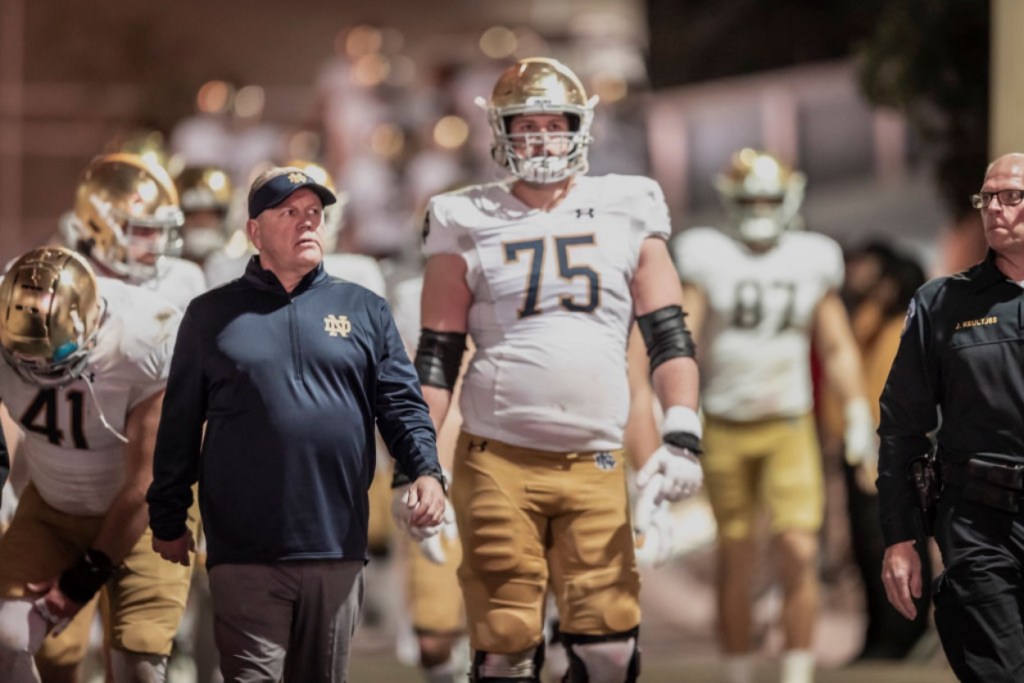 The College Football Playoffs committee announced their latest rankings on Tuesday, days ahead of the conference championship games. The Fighting Irish of Notre Dame received the #6 ranking from the committee and they’re still very much in contention for a spot in the playoffs.

#1 Georgia will play #3 Alabama. #2 Michigan will play #15 Iowa. If Alabama and Michigan lose then Notre Dame could conceivably move up into a playoffs spot but they’d do so without former head coach Brian Kelly who jumped ship for LSU this week.

On Tuesday, College Football Playoffs chairman Gary Barta was asked if Brian Kelly leaving Notre Dame would effect the committee’s decision on Notre Dame and he said it didn’t this week but he clarified that it might have an impact after the conference championships. Here’s what he had to say:

CFP chair Gary Barta on Notre Dame: "The committee is aware of all the coaching changes while we were going through the rankings, this week it didn't apply…Once the championship games wrap up, our protocol does include the ability to consider a player/coach not being available" pic.twitter.com/ixSyChCBuh

The door is definitely open for ‘Brian Kelly leaving screwed Notre Dame out of the playoffs’ based on that answer. This is the telling portion of his statement “our protocol does include the ability to consider a player/coach not being available.”

Of course, Bama could beat Georgia and UGA would still be in Playoffs contention as they likely wouldn’t drop out of the top 4 and none of this would matter.

But, if the committee ultimately leaves Notre Dame out of the College Football Playoffs because they’re without former head coach Brian Kelly then ND fans justifiably have a reason to be furious.