College Football Rivalry That Began In 1904 Is Reportedly Ending 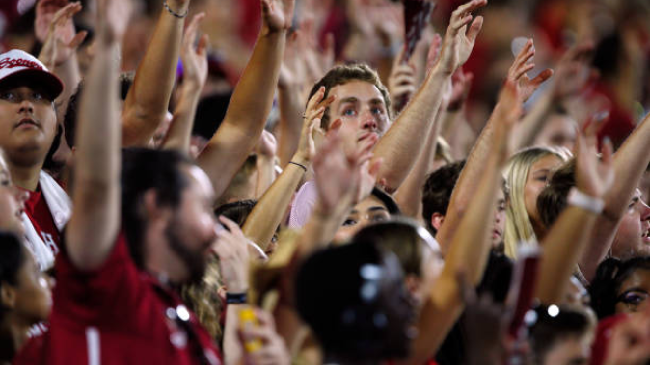 College football fans may soon see the end of the sport’s biggest rivalries. It appears that conference realignment may bring an end to “Bedlam”.

The possibility is one that has been brought up before. Just before last year’s meeting between Oklahoma State and Oklahoma, Mike Gundy revealed that he believed Oklahoma’s move to the SEC could bring an end to the rivalry.

Now it’s the athletic directors from both schools who seem to believe the rivalry could soon be coming to an end. The ADs spoke with the Action Network’s Brett McMurphy and both seemed to indicate this rivalry would end when Oklahoma joins the SEC.

Oklahoma State AD Chad Weiberg blamed a lack of openings to play them in the schedules for future season.

“It (playing Oklahoma) presents logistical issues under our current (scheduling) structure. We don’t have any openings to play them. We’re full. Unless there are significant undertakings to make the game happen, it can’t happen.”

Oklahoma’s AD, Joe Castiglione, placed the blame on Oklahoma State for not showing interest in scheduling the Sooner as a non-conference opponent.

Oklahoma State has shown no interest to schedule any future games in football, so we’re moving on (with filling OU’s future nonconference openings).

The Bedlam rivalry began in 1904 and has been played in each of the last 112 years, but it looks like that is a tradition that will end soon.

With only 19 wins over the course of the rivalry, Oklahoma State might not be as upset about the end of Bedlam as college football fans will be.