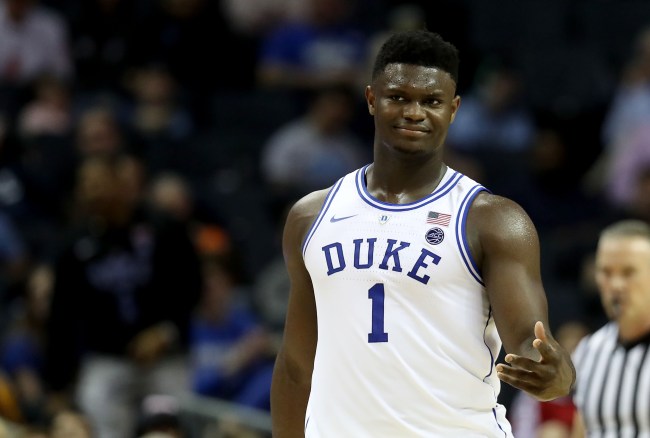 Zion Williamson is very young but he’s learning a lesson on how not to trust women in the social media age.

Earlier this week, a girl posted a picture of Zion shooting his shot with her on Snapchat.

The girl was immediately called out for being lame for trying to expose Zion.

"I feel average and need attention to feel special. I know! I'm gonna throw a guy who thinks I'm above average under the bus for liking me!"

Becky trying to get that baby before draft

Today, another video of Zion facetiming/skyping a girl made it’s way on the Internet and while Zion isn’t doing anything wrong in the video it shows that he’s becoming a bit too trusting with some of these women.

Zion Williamson is going to be a millionaire in a few months and women are out here fumbling the bag just for some attention. Women ain't shit. pic.twitter.com/dizyAbQ4Lc

The Internet had some interesting reactions to Zion continuing to get caught up on Facetime with these girls.

This mans just trying to love someone and these girls want some clout. I never cared for Zion but this guy can’t even talk to someone without people trying to expose him

whoever recorded this is highkey pathetic lol

Zion for the love of god please stop messing with these birds https://t.co/wSio3xP6kV

This really the only flaw in Zion’s game https://t.co/bmNkKIzbqV