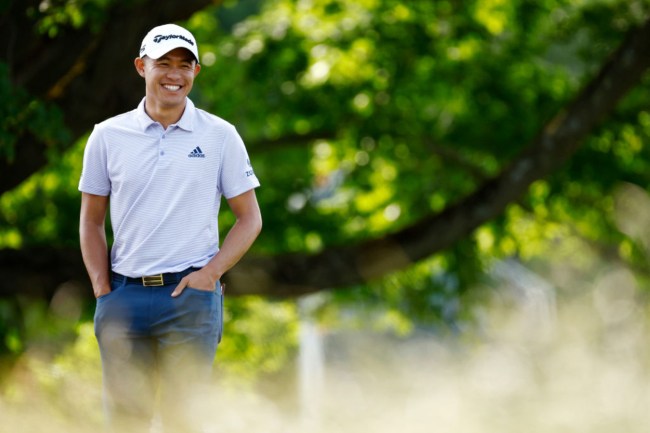 Collin Morikawa’s name somehow got tied to LIV Golf as reports and rumors continue to swirl that another big-name player is headed to the Saudi-backed circuit.

Morikawa, currently the No. 4 player in the world, shut down those rumors on Tuesday.

To state for the record, once again, you all are absolutely wrong. I’ve said it since February at Riviera that I’m here to stay on the @PGATOUR and nothing has changed. Now if you’ll excuse me, I’ve got some cereal to pour in my milk

Rumors tying Morikawa to LIV Golf picked up pace last week ahead of the U.S. Open despite saying he’s focused on the PGA Tour.

“I think these guys have made their decisions. I mean, it is upsetting because – I mean, look, I’ve been out here for three years, and I never would have imagined this is what we would have to deal with three years in as being a professional,” Morikawa explained.

“All I dreamt about was playing on the PGA Tour, making putts to win tournaments, winning majors, and for me it’s just how do I get back to focusing on that.”

Collin Morikawa And His Cereal

As for Morikawa’s final message on Twitter about pouring cereal into his milk, we spoke with him about his cereal technique back in August. Even he called himself an “insane person” for pouring milk in the bowl first.

“I am an insane person to all my friends. I like putting the milk first. It might sound insane to 99.999% of people out there, but hear me out, Morikawa told us. “I like the milk first, you want to keep your cereal crispy. So, you pour the milk, pour as much cereal as you need, and once it starts piling up you know you’ve got a nice bowl of cereal there.

I don’t know, I like more milk and you get more milk that way. You can call me insane, but that’s how I’m going to eat cereal like that for the rest of my life, I promise you. You know what, that’s maybe what I’ll be known for, for how I pour my cereal.”

Morikawa distancing himself from LIV Golf comes shortly after a report indicated that Brooks Koepka will be headed to the rival league.