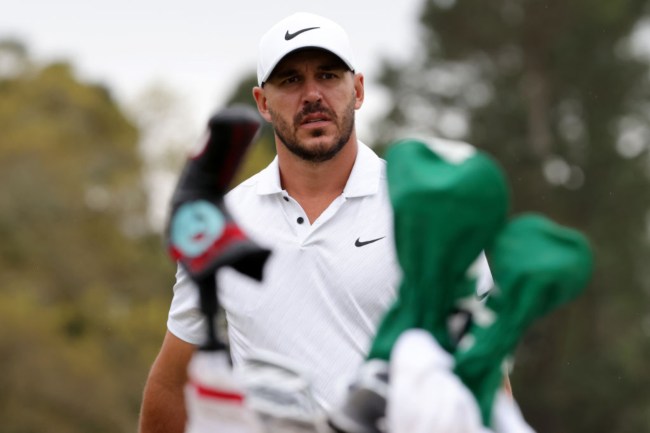 Shortly after the epic finish of the U.S. Open on Sunday rumors began to swirl that LIV Golf would be announcing a couple more notable players set to join the Saudi-backed circuit. Brooks Koepka would certainly fall in the category of notable players.

While LIV Golf hasn’t officially announced the addition of Koepka, The Telegraph, which has been accurate with its reports up to this point, reported the news on Tuesday that the four-time major winner will be joining LIV Golf.

The report of Koepka joining LIV Golf shouldn’t come as a surprise after seeing how defensive he got when asked about it ahead of last week’s U.S. Open at Brookline.

“I haven’t given it that much thought, I’m trying to focus on the U.S. Open, man, I legitimately don’t get it,” Koepka said last week.

“I’m tired of the conversation, I’m tired of all this stuff. Y’all are throwing a black cloud on the U.S. Open, and I think that sucks.

While Koepka’s reported move may not be surprising, it is a bit ironic.

Back in February, when LIV Golf was just getting its wheels in motion, Phil Mickelson spoke at length about it with Golf Digest. Mickelson referred to the PGA Tour, specifically how it handles media rights, as “obnoxious” and “greedy.”

Things have obviously changed between February and today. The Saudis inevitably offered Koepka a sign-on fee he couldn’t refuse and he’s headed to the rival circuit for a bag of cash likely with over $100 million inside of it.

Brooks Koepka last week calls out the media for talking about LIV Golf, the biggest story in sports.

Brooks Koepka this week is reportedly joining LIV Golf for a bag of money. pic.twitter.com/5rtaSlzea3