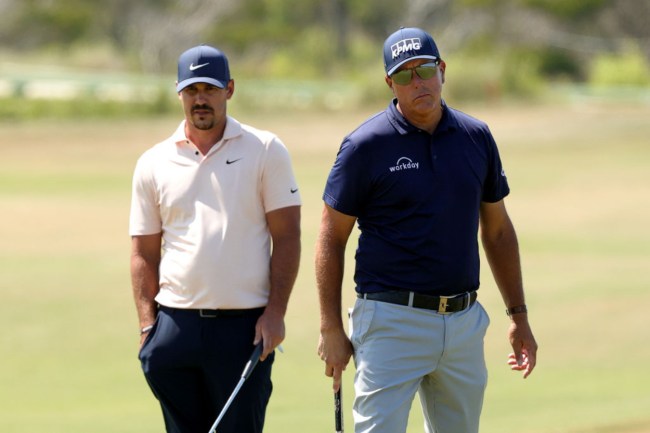 The proposed Saudi golf league appears to be putting its wheels in motion and players are starting to talk. The majority of those that are talking are keeping things pretty tame, and then there is Phil Mickelson.

Lefty talked in length about the proposed breakaway golf tour with Golf Digest, but one statement, in particular, has made numerous headlines. Mickelson believes the PGA Tour, specifically when it comes to its media and media rights, is greedy.

“For me personally, it’s not enough that they are sitting on hundreds of millions of digital moments. They also have access to my shots, access I do not have. They also charge companies to use shots I have hit,” Mickelson said. “That type of greed is, to me, beyond obnoxious.”

Shortly after Golf Digest published the interview with Mickelson, it posted a graphic on Instagram highlighting the ‘obnoxious greed’ quote, and Brooks Koepka took notice.

“[Don’t know] if I’d be using the word greedy if I’m Phil …” Koepka wrote under the photo. 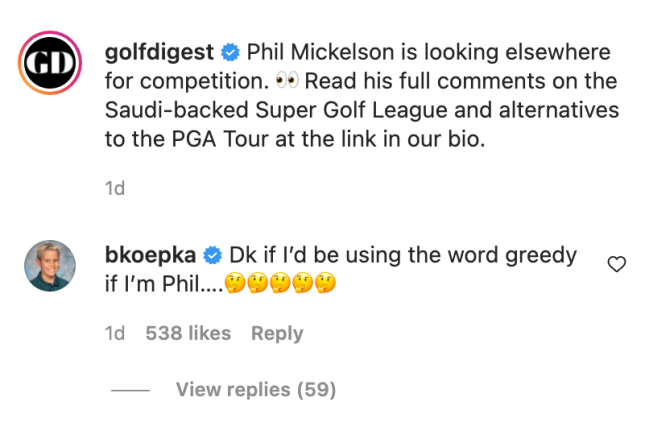 Mickelson, who has earned around $750 million in his career, continued to talk about the Tour’s ‘greed’ proving that the limit truly does not exist for him when it comes to his own income.

“When I did ‘The Match’ — there have been five of them — the Tour forced me to pay them $1 million each time. For my own media rights,” Mickelson told Golf Digest.

The 51-year-old certainly sounds open to joining forces with the Saudi super league.