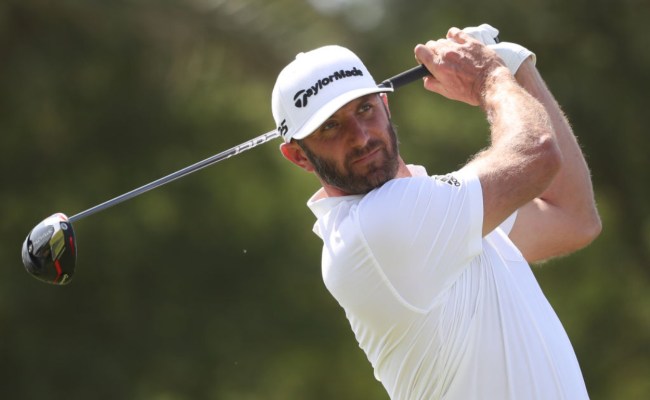 The newly proposed Saudi-funded golf league fronted by Greg Norman is beginning to put things in motion and it’s clear that Dustin Johnson is toward the top of its most-wanted list.

Johnson is getting set to defend his title at the Saudi International this week, so it was inevitable the media would press him about the Saudi super league.

Earlier this week, it was reported that the league had offered Ian Poulter up to $30 million to join the breakaway league.

The 46-year-old Poulter has had a fantastic career earning well over $20 million in his career, but he’s not on the same level as Johnson, a two-time major winner and earner of over $70 million.

It goes without saying that the Saudi league would be offering DJ well North of $20 million to join forces. Johnson hinted that his offer was much higher than Poulter’s when asked about it.

“I can’t speak for Ian. Yeah, I’m sure they’re, well yeah, obviously whether they have or haven’t, I’m not allowed to disclose. You’d have to ask Ian on that one,” Johnson said.

He then began to laugh after being asked if his offer was similar to Poulter’s saying “No, not similar, it’s just not similar.”

Again, it’s not surprising DJ was presumably offered a much larger chunk of money, but it is interesting that he didn’t completely avoid the topic altogether.

Johnson also made it clear that he hasn’t shut the door on the possibility of joining the breakaway league.

“I think it’s a really good concept. I think it makes it a little more interesting for the fans and for the players. Yeah, I like the concept,” Johnson said, according to Golf Monthly.

There are a lot of moving, and unknown parts when it comes to the proposed breakaway league, but it’s clear that it is catching the attention of top players around the globe.