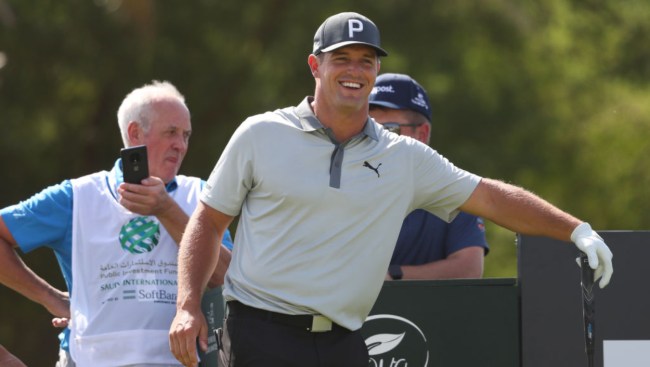 Another day, another report of a top player on the PGA Tour being offered a massive amount of money to join the Saudi Golf League. This time, the target of the new breakaway tour is none other than Bryson DeChambeau.

According to a report from Sportsmail, DeChambeau has been offered $135 million to be one of the faces of the new golf circuit. That is certainly not a small chunk of change.

The 28-year-old has earned just over $26 million in his career thus far. Being offered a check over five times that number would catch the attention of anyone with a pulse. The fact that DeChambeau has been scrutinized by many over the last couple of years for both his personality and his approach to the game, the reported offer may look that much sweeter in his eyes.

The report about DeChambeau’s offer comes after another report saying Ian Poulter was offered $30 million to join the new tour. That’s a major amount of money for a 46-year-old well past his prime.

DeChambeau Not The Only One Approached By The Saudi Golf League

Dustin Johnson has also been in the middle of the fray. Ahead of defending his title at the Saudi International this week, he hinted that he had been approached by the breakaway tour and offered a much bigger number than $30 million.

“I can’t speak for Ian. Yeah, I’m sure they’re, well yeah, obviously whether they have or haven’t, I’m not allowed to disclose. You’d have to ask Ian on that one,” Johnson said.

He then began to laugh after being asked if his offer was similar to Poulter’s saying “No, not similar, it’s just not similar.”

DeChambeau, also playing in the Saudi International, has ducked the media so far this week.

If a golfer were to join the Saudi-backed league, they could very well be hit with a lifetime ban from the PGA and European Tours.

Money talks, and it talks loudly, now it comes down to seeing if any of the top players in the world will listen.