Brooks Koepka Sounds Off Against The Media For Bringing Up LIV Golf At The U.S. Open 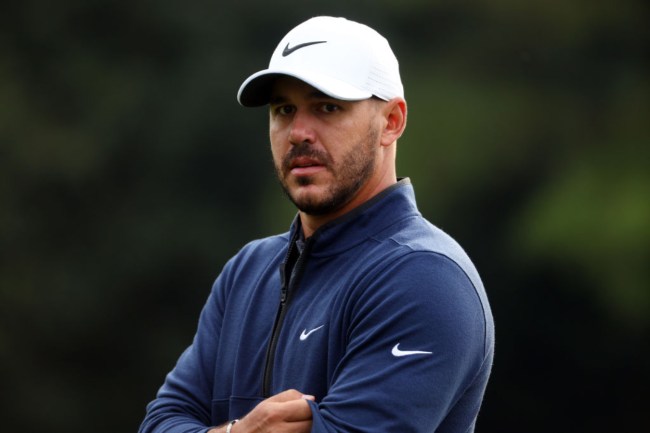 There are plenty of intriguing storylines heading into the 2022 U.S. Open that have nothing to do with the LIV Golf Invitational Series.

You have Jon Rahm defending this week, Phil Mickelson chasing the career grand slam, Brooks Koepka looking to continue his ridiculous run at the U.S. Open (five Top 6 finishes in his last six appearances), Rory McIlroy coming off of a win last week, Justin Thomas looking for his second straight major victory, and many more.

Each of those storylines, and the many others, have fallen second behind the topic of LIV Golf.

You can’t blame the media for asking every player that steps in front of a mic this week about LIV Golf, the sport as a whole finds itself in a brand new territory, but that doesn’t mean players are chomping at the bit to share their thoughts on the Saudi-backed league.

Koepka, for example, is sick of hearing and talking about LIV Golf.

During his press conference at Brookline on Tuesday, the two-time U.S. Open champ was asked if there was a financial figure that would push him to swap tours and join LIV Golf. He wasn’t having it, and instead, wanted to talk about the U.S. Open.

“I haven’t given it that much thought, I’m trying to focus on the U.S. Open, man, I legitimately don’t get it,” Koepka said.

“I’m tired of the conversation, I’m tired of all this stuff. Y’all are throwing a black cloud on the U.S. Open, and I think that sucks. “I actually do feel bad for them (USGA) because it’s a shi–y situation.”

“We’re here to play and you’re talking about an event that happened last week.”

"Y'all are throwing a black cloud over the U.S. Open, and I think that sucks."

Brooks Koepka was getting a little annoyed with all the questions about the LIV Golf Series. pic.twitter.com/efRtTldE0D

Koepka isn’t wrong in saying that the LIV Golf chatter is “throwing a black cloud on the U.S. Open,” because that has been the case up to this point in the week. Surely, and hopefully, the focus turns to the actual major championship golf being played at a historic venue come Thursday’s opening tee shot.

Koepka’s younger brother, Chase, played in the inaugural LIV event last week in London. Brooks was asked about his brother’s decision and said that he’ll always love and support him with whatever decisions he makes.