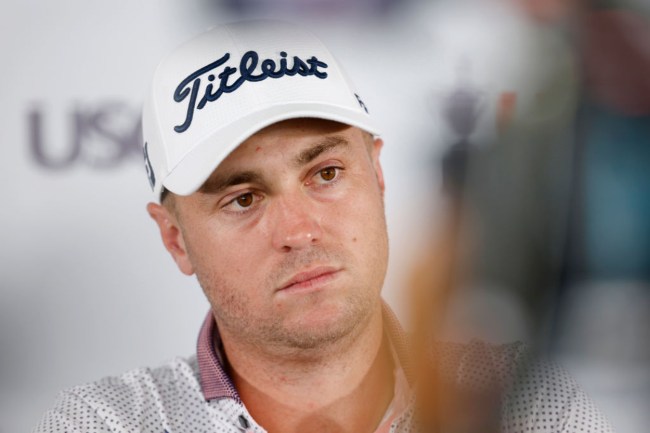 This U.S. Open week is different than any of the previous 121 that came before it as the Saudi-backed LIV Golf Invitational Series is a part of reality with its inaugural event now in the books.

While the focus will (hopefully) turn to actual golf later in the week, LIV Golf was the No. 1 topic during player press conferences on Monday.

Phil Mickelson, who has turned into the most controversial figure in the LIV Golf scene, faced the media in the United States for the first time in six months on Monday.

Later, it was Justin Thomas’ turn. As per usual, JT gave his candid, honest thoughts about the situation as the battle between the now rival golf circuits officially kicked off last week.

“It was a big week for the Tour, I tossed and turned and lost a lot of sleep last week thinking about what could potentially happen,” Thomas explained.

“I grew up my entire life wanting to play the PGA Tour, break records, make history, play Presidents Cups, play Ryder Cups. The fact that things like that could potentially get hurt because some of the people that are leaving, and if more go, it’s just sad.”

“There’s no other way to say it, it just makes me sad.”

Justin Thomas says he has been 'saddened' by the recent developments surrounding the LIV Golf Series.pic.twitter.com/K0evRTLpRk

Thomas has pledged his loyalty to the PGA Tour from the moment LIV Golf was only a rumor, but he also understands people are entitled to make their own decisions.

“I’ve thought a lot about it, people are entitled to choose as they wish,” Thomas told the media ahead of last week’s RBC Canadian Open.

“I don’t dislike DJ (Dustin Johnson) now, I don’t think he’s a bad dude, I’m not going to treat him any differently now. He’s entitled to choose as he wishes.”

Thomas will be looking to win his second consecutive major championship this week at Brookline after winning last month’s PGA Championship.