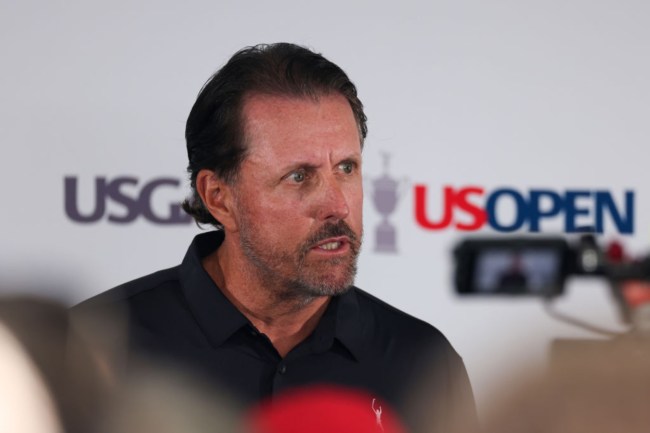 When Phil Mickelson committed to playing in this year’s U.S. Open after joining LIV Golf and months of controversy surrounding his name it was no secret that his pre-tournament press conference was going to be awkward.

That’s exactly what unfolded at Brookline on Monday afternoon when Mickelson took questions from the media. Mickelson is competing in what will be his 30th career U.S. Open this week and his first start on U.S. soil since January.

While Mickelson gave non-answers to a number of different questions throughout his somewhat lengthy presser, and said the word ‘respect’ no less than 50 times, he did expand a bit on his future.

When asked if it was his preference to play PGA Tour events as well as LIV Golf event, he made it clear he’d like to at least have the option to do so. Mickelson also explained that he believes he’s earned that right given his lifetime PGA Tour membership.

“My preference is to be able to choose which path I’d like. One or the other or both,” Mickelson explained.

“I feel that I gave as much back to the PGA Tour and the game of golf that I could throughout my 30 years here and throughout my accomplishments on the course I’ve learned a lifetime membership. I intend to keep that and then choose going forward which events to play and not.”

While Mickelson may prefer having the choice to play certain Tour events, the Tour may not afford him that option. The PGA Tour suspended Mickelson and all current, and future, LIV golfers from the PGA Tour last week shortly after the inaugural LIV event got underway in London.

Some PGA Tour players resigned their Tour membership prior to playing in the first LIV event, but Mickelson did not elect to do so. It doesn’t sound like he has plans of going that direction, either.