Colorado Mesa U. Lax Team Sets NCAA Record For Most Goals In A Game With The Most Lopsided Box Score Ever 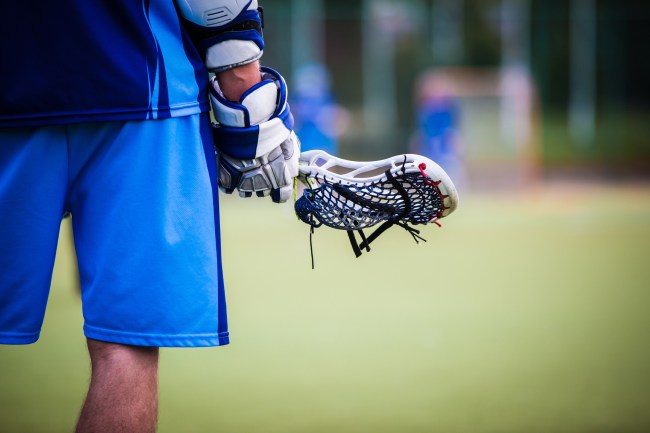 The Colorado Mesa University Men’s Lacrosse Team made history this week by dropping the most lopsided box score I’ve ever seen on Johnson & Wales-Denver. Truly, I can’t recall an ass whooping like this in any NCAA

The previous NCAA Division-II record for goals in a lacrosse game was 33. The overall NCAA record for goals in a game (not just D-2) was 40 set by Roanoke in 1993 against Virginia Wesleyan. The bros from Colorado Mesa U. destroyed that record and they did so in an unbelievable fashion by COMPLETELY BLANKING the opposition and not allowing them to score a single goal.

The team from Grand Junction, Colorado put up an astounding 52 goals in the game to set a new NCAA record for most Lax goals by a team (in one game) and the final box score was 52-0. They put up 14 in the first period, 15 in the second, 15 in the third, and 8 in the fourth. One player (Jason Kauo) accounted for six goals, two players put up five, and three players put up four.

In total, 21 players scored for CMU in this unbelievable game:

According to Dan Gartland of SI’s Extra Mustard, the game was actually called early after an injury:

CMU also held a 53–3 advantage on faceoffs and picked up 74 groundballs (loose balls) to JWU’s nine. CMU forced 24 turnovers only turned it over eight times. On the rare occasions that a CMU possession did not end in a goal, JWU only successfully cleared the ball out of its end six out of 17 times.

The game was called early with 7:37 left to play in the fourth quarter when a JWU player hit the CMU player who had just scored the 52nd goal of the game. The injured player, Harrison Evans, was placed in a neck brace and taken to the hospital, according to the Grand Junction Daily Sentinel. (via)

Positive thoughts going out to Harrison Evans today! Hopefully he makes a safe and speedy recovery.

As for how this happened? Johnson & Wales is a Rhode Island college who opened their Colorado campus in the year 2000 and has recently been transitioning from NAIA to NCAA, according to SI. They only have 18 players on their entire roster compared to TWENTY ONE players who scored for CMU. Of those 18 on the roster, only 13 played in the CMU game so they were unbelievably exhausted without being able to constantly cycle in fresh legs.

Side note: yesterday, Adidas announced a new multi-year partnership to become the footwear and apparel outfitter for the new Premier Lacrosse League (PLL) which means there’s some siiiiiiick Lax gear on the horizon. They’ve teased some of the upcoming releases which you can preview on the Adidas Lacrosse Instagram page:

For more on this CMU story, you can click here to check out Extra Mustard.