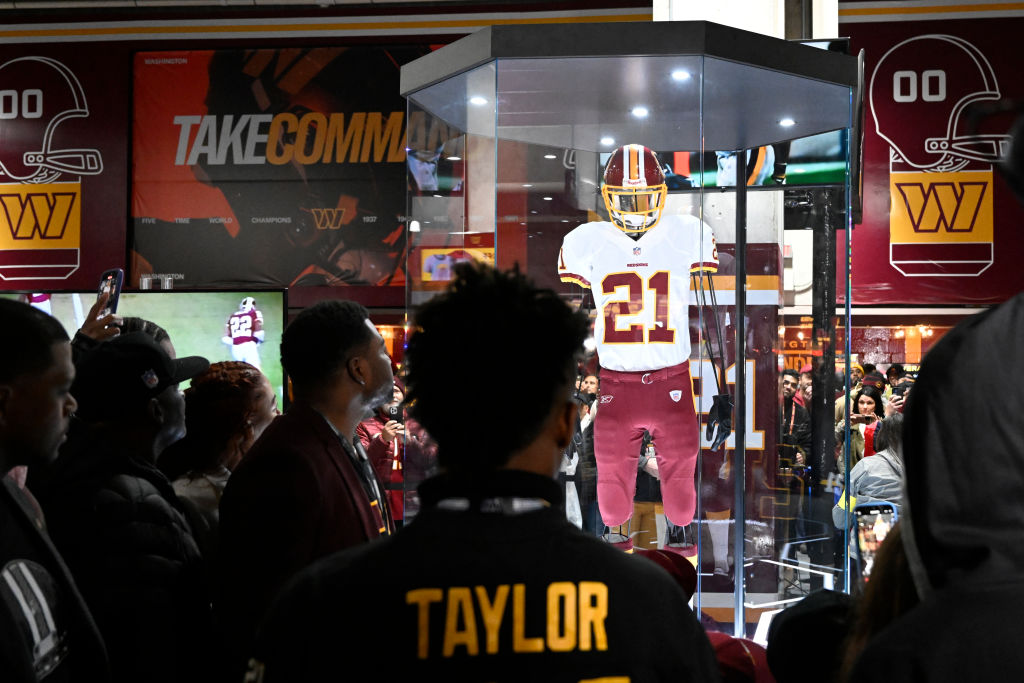 The Commanders have once again angered their fanbase.

Earlier this week, many believed the Commanders were going to honor the late Sean Taylor with a statue inside FexEx Field when they said they would unveil a “permanent installation” of the safety before Sunday’s game.

This Sunday marks the 15th Anniversary of Sean Taylor's passing 💛

We will honor him throughout the day ⬇️ pic.twitter.com/fs5KBHcdoP

“Sean’s life was tragically cut short but his impact continues to reverberate through our Burgundy & Gold family,” said Co-Owners and Co-CEOs Dan and Tanya Snyder. “This Sunday, on the 15th anniversary of his passing, we honor one of our greats and his legacy by unveiling a permanent installation, so his memory is always with us when we take the field on gameday.”

Apparently the “permanent installation” ended up being a mannequin wearing Taylor’s jersey and not a statue.

This is the Sean Taylor "statue" that was just unveiled on the 15th anniversary of his tragic death.

Another embarrassing moment for the Washington franchise. Unreal.

Fans were absolutely furious that Taylor didn’t get a statue inside of the stadium.

The way this organization repeatedly misses the mark is remarkable. Truly astonishing. https://t.co/05yeAIYSVB

Nothing could have prepared me for how bad and embarrassing this is https://t.co/XUTwXPV732

Can't stop laughing that they just threw a jersey and helmet on a mall store mannequin. The most unserious franchise in sports. https://t.co/Nzx7M9tb0E

Dawg.. just sell the team, or rebrand or something. What an embarrassment. They used a team store mannequin as a memorial.

What a joke, couldn’t give this man a plaque, or proper statue? One of the worst franchises in football continues to show why they are so bad. https://t.co/liGJ21Rsys