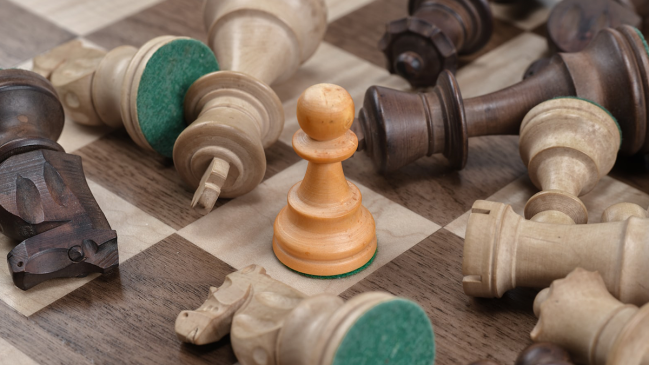 If you asked most people to rank sports based on the amount of drama they have the tendency to generate, I have a feeling competitive chess would probably be near the bottom of every single list (if it even made the cut in the first place).

However, it turns out that particular pastime is very capable of producing some borderline unbelievable turmoil based on what’s unfolded over the past week or so courtesy of a scandal involving the top-ranked player in the world and an up-and-coming prodigy who’s been accused of resorting to a very unconventional strategy to beat him.

The controversy in question can be traced back to what unfolded at the Sinquefield Cup, an invitational tournament on the World Chess Tour that featured some of the best players in the world going head-to-head in St. Louis at the start of September.

That list of competitors included Magnus Carlsen, the wildly talented Norwegian grandmaster who’s boasted the No. 1 ranking for over a decade and went undefeated in 125 consecutive classical chess matches over the span of more than two years before having his streak strapped in 2020.

Carlsen was slated to face off against 19-year-old America Hans Niemann in the fourth round of the tournament before unexpectedly withdrawing prior to their match on Labor Day. While he didn’t offer an explanation, it didn’t take long for people (none more notable than fellow grandmaster Hikaru Nakamura) to begin speculating he packed up his things because he believed his opponent had cheated to beat him in the previous round.

I've withdrawn from the tournament. I've always enjoyed playing in the @STLChessClub, and hope to be back in the future https://t.co/YFSpl8er3u

if you want an in-depth look at the drama that unfolded from there, a Reddit user with more knowledge of chess than myself (and, I assume, the vast majority of people reading this) has done a great job keeping tabs on what went down.

However, if you’re looking for a TL;DR, it boils down to Niemann seemingly predicting Carlsen’s middlegame strategy from the start despite the Norwegian deploying an opening gambit he’d never used in competitive play. This would theoretically minimize the chance his opponent was able to guess future moves, and the fact that Niemann was somehow able to pinpoint his oppnent’s approach led to speculation he’d somehow gotten illegal aid from someone who’d figured out a way to signal the best moves to make.

Niemann firmly denied those cheating allegations during a wide-ranging interview where he attempted to address a number of different issues, and while he failed to win over plenty of skeptics who didn’t buy his explanation, there was one glaring question that remained unanswered: how was a third party able to communicate with him in the first place?

Now, a new theory has surfaced to address that particular facet—and it is a wild one.

Competitive chess players are routinely subjected to security screenings to ensure they don’t have any illegal devices they could use to gain an edge, including anything that could be used to send subtle signals concerning moves (think the kind of mechanism that resulted in a card counter in Casino getting hit with a cattle prod and having his hand broken with a hammer).

Again, that theory is purely speculation, but crazier things have happened.