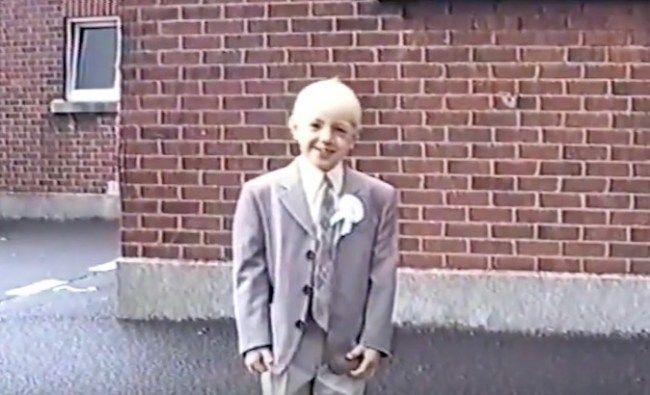 Long before Conor McGregor made millions in the UFC and tens of millions for a single fight against Floyd ‘Money’ Mayweather, he was just another 7-year-old Irish boy taking communion, doing an Irish Dance, and wearing an ill-fitting oversized suit.

Someone dug up this old footage of 7-year-old Conor McGregor and it’s since gone viral with the Daily Mail and other publications picking up this story. Conor’s now 29 years old and worth over $100 million (USD), but this video’s proof that he grew up just like every other young boy in Ireland….Doing silly dances in Church:

This footage is from all the way back in 1996. A time when video cameras were still a luxury that not every family could afford. God bless Apple/Samsung for making the cameras on smartphones good enough to completely put video cameras out of business because they were awful. They were heavy, clunky, and the footage wasn’t even as crisp as what you’ll find on smartphones today.

Conor McGregor has one of the best social media presences of any world famous athlete. I’m really hoping that after he sees this footage going viral he’ll send out an update on his Instagram, showing off his Irish Dance skills and proving to the world that he’s still got it.