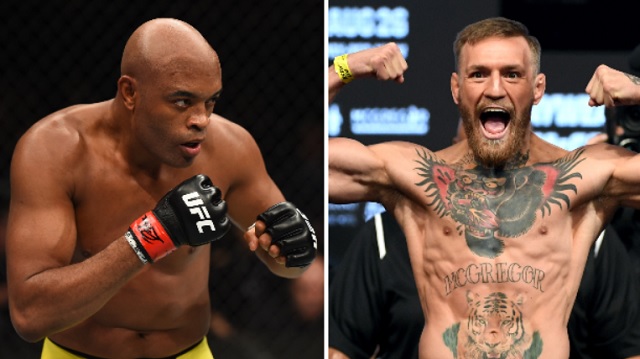 It appears that there could be a super fight brewing between Anderson Silva and Conor McGregor.

Over the weekend, McGregor praised the Brazilian UFC legend on Twitter by calling him the greatest MMA fighter to step foot in the Octagon in a long-winded Twitter thread.

Clarity on Silva’s earlier no.1 spot. Most stylistic finishes on resume. Front kicks to face. Up elbow (albeit outside UFC) Thai plum knees leading to broken facial bones. Long list of jaw dropping finishes. Myself/Anderson have the most exciting/important finishes in the sport!

The 45-year-old Silva has since responded to McGregor’s Twitter posts by challenging the Irishman to a 176 pound catchweight super fight that he believes would be “historic for the sport”.

“I have an immense admiration for the great athlete Conor and I believe that a super fight would be something historic for the sport,” . “Neither of us need to prove anything to anyone; I believe UFC and sport fans would like to see this great martial show, testing my martial skills with him would be fantastic!!”

Despite Conor’s tweet, the UFC and Dana White would need to get on board to make the fight a reality.