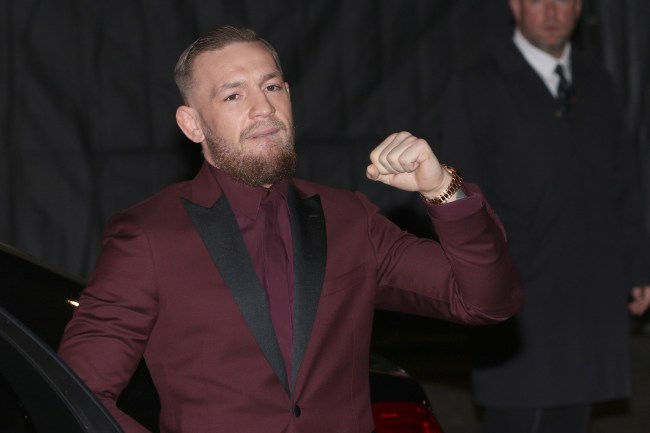 Conor McGregor continues to find himself in hot water outside of the cage.

McGregor who was arrested in Miami for smashing a guy’s phone and is being investigated for an alleged sexual assault in December is now reportedly a suspect in an assault of a man at an Irish bar.

According to the victim, McGregor reportedly punched a man for talking trash to him about losing to Khabib Nurmagomedov

A man has told gardai Conor McGregor punched him in a bar bust-up.

The controversial MMA fighter, 30, was allegedly involved in a brawl when a punter confronted him in Dublin’s Drimnagh.

Gardai confirmed yesterday they are investigating an alleged assault at the Marble Arch pub on Saturday.

Sources have confirmed the alleged victim told cops the fighter, back home after an extended stay in the US, punched him after a verbal exchange.

One said: “McGregor was being a show off in the pub and one man didn’t like it and went up to have a word with him.”

A second source said that before the alleged punch-up, someone approached McGregor, saying: “The Russian battered you.”

In a statement to the Irish Mirror last night, a Garda spokesperson said: “Gardaí are investigating an incident at a pub in Drimnagh, Dublin on April 6, 2019.

“No arrests have been made. Investigations are ongoing.”

McGregor has spent the weekend tweeting and flirting with joining the WWE as if nothing has happened.

Congrats to Irelands Becky Lynch, the WWE’s first Champ Champ.
Wow!
What a match these ladies put on! Ronda Rousey is something special in that ring, as is Charlotte Flair of the Flair dynasty!
Stephanie McMahon you are right, I could not do what these athletes do.
Or could I…

One of these is a WCW belt.
Both belts must be won under the same organization and both titles must be fully unified also.
Interim titles do not make the cut.
The belts must also be held consecutively.
This is for true “Champ Champ” status.
Yours sincerely,
The Champ Champ™️ https://t.co/b7dW8T1Gty

.@TheNotoriousMMA you never know until you try! :))) https://t.co/bUktMCGa5h