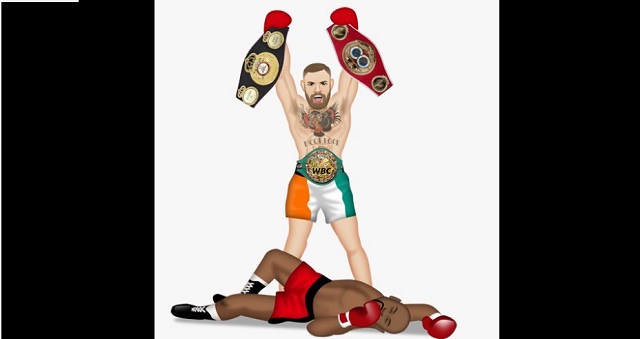 Conor McGregor has fired back at Floyd Mayweather Jr. after the boxer claimed earlier today that he had offered the UFC lightweight champion $15 million to accept a boxing match.

On his Twitter account, the Irishman shared a cartoon picture of himself standing over a knocked out Mayweather with the caption “Call me C.J. Watson.”

For those that don’t know, Watson is an NBA point guard who Mayweather accused of having an affair with Jose Harris, the mother of his three children. Mayweather was convicted of domestic abuse towards Harris in 2015 and was later sentenced to two months in prison.

This is a pretty savage tweet by McGregor and will surely escalate things between the two fighters.