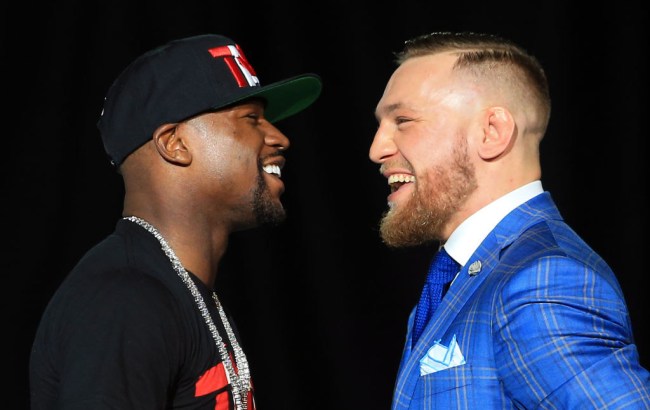 Today, the Nevada State Athletic Commission today voted unanimously to grant a request from Floyd Mayweather and Conor McGregor’s camps to allow eight-ounce gloves to be used for the August 26th superfight between the two.

Wow. Nevada commission unanimously voted to break its rules. Will allow #MayweatherMcGregor to use 8-ounce gloves instead of 10. smh

I disagree with Nevada decision. Why have rules? The medical pros say they shouldn't have changed. But it'll make Floyd's KO win even easier

The request came from Mayweather after McGregor openly challenged the boxer to fight wearing the lighter gloves.

“The lighter the glove the better for us. We’re used to 4 oz. It’s terrifying to think what he would be like with 8oz gloves.

Floyd is incredible accomplished boxer and fantastic defensive boxer. No matter how well things go for him it will take him a few rounds to figure things out. It doesn’t take Conor (much), he lands and people fall. I think I could be a round 1 fight with 8oz gloves.

Coach John Kavanagh believes Conor McGregor can KO Mayweather in the 1st round if they were to fight in 8 oz gloves https://t.co/TB5uw2T321 pic.twitter.com/76fWvvkjs5

While this latest development is interesting to say the least, Mayweather will still probably win this fight handily.