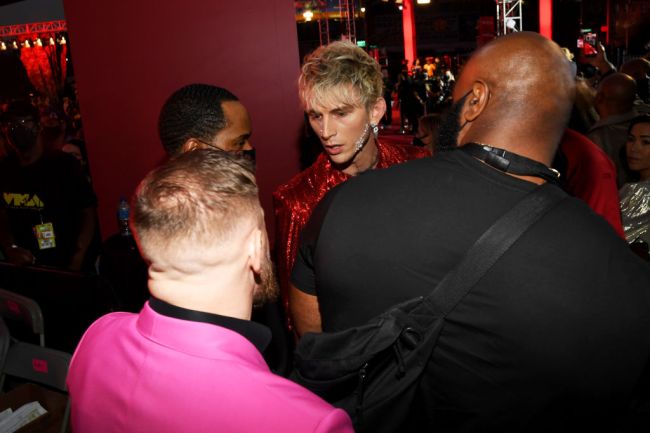 On Sunday night, video surfaced of McGregor, who is still recovering from a leg injury he suffered at UFC 264, being held back by security while trying to attack MGK at the VMA red carpet.

Conor McGregor out here trying to fight Machine gun Kelly after he denied to take a picture with him 🤣🤣🤣🤣🤣😭😭😭😭😭 #VMAs #ConorMcGregor #MGK pic.twitter.com/qXnfvCHWCa

Not Conor McGregor acting up on the #VMA red carpet 😩 pic.twitter.com/c3NeHhG44d

It’s unclear why Conor McGregor would want to fight MGK but is worth noting that Kelly is a huge MMA fan and has attended several UFC events included McGregor’s last fight against Dustin Poirier.