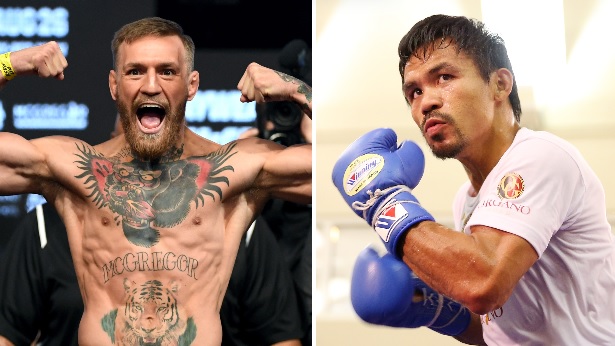 Conor McGregor has apparently announced who he’s fighting next after once again claiming that he’s done doing business with the UFC.

On Friday, McGregor, who previously announced his retirement from MMA in June, leaked several private Instagram messages he’s had with UFC president Dana White in which they couldn’t agree to a fight with Diego Sanchez before COVID hit.

To Diego Sanchez…
I seen your recent comments about your final bout and I am in!
After you fought Pereira, I had requested for myself and you to compete in Dublin. This was back in February when I was working on opposition for my season, pre covid.
Good luck this weekend! pic.twitter.com/Y0hf6Zr7XF

Here’s the finish of that exchange. Pre covid. Pre retirement.
Never turned down offer of Tony as was suggested at the time. I stated months in advance (early February) that I was not interested in being an alternate for two consistent pullouts.
Pushed for my own scheduled bouts pic.twitter.com/jXQD2dTWrL

3 weeks post my last record breaking event, I was campaigning for another blockbuster McGregor event to take place.
Sad about my season I must say 😔

According to McGregor, he’s now going to fight Manny Pacquiao in the Middle East since he was unable to work things out with White and the UFC.

Anyway all water under the bridge who gives a fook.
I’m boxing Manny Pacquiao next in the Middle East.

It will be a true honour to have faced two of the greatest boxers of the modern era, afraid of a fight.

Update: ESPN’s Ariel Helwani confirms McGregor is in serious talks with Pacquiao for a fight in the Middle East that will take place some time in December.

McGregor said Friday afternoon on Twitter that he is “boxing Manny Pacquiao next in the Middle East.”

The McGregor-Pacquiao boxing match would take place in late December or early January, Attar said. The Middle East is one of a few locations being discussed to host the fight, he added.