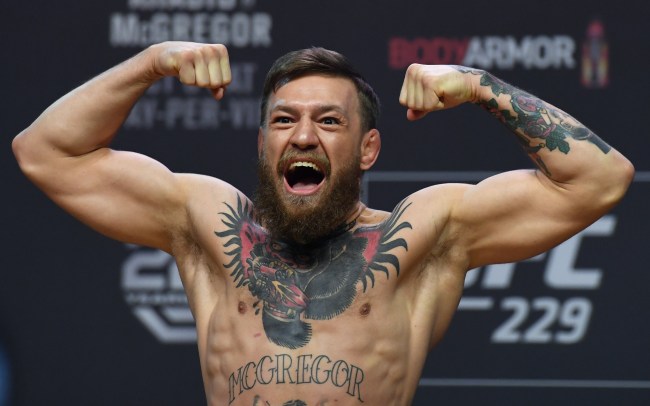 On Sunday night immediately after UFC 250, Conor McGregor took to social media to announce his sudden retirement from MMA.

McGregor spoke with ESPN’s Ariel Helwani on Sunday afternoon and said that he’s bored with the fight game due to the lack of quality opponents available to him right now.

McGregor says he was interested in fighting Justin Gaethje but was annoyed when the UFC decided to give Khabib Nurmagomedov the fight instead.

“They should have just kept the ball rolling. I mean, why are they pushing [Khabib Nurmagomedov vs. Justin Gaethje] back to September? You know what’s going to happen in September, something else is going to happen in September, and that’s not going to happen. I laid out a plan and a method that was the right move, the right methods to go with. And they always want to balk at that and not make it happen or just drag it on. Whatever I say, they want to go against it to show some kind of power. They should have just done the fight — me and Justin for the interim title — and just kept the ball rolling,” continued McGregor.

Dana White on Conor's retirement announcement: "We're in a pandemic. The world is a crazy place right now and everybody feels it. I think everybody's pissed off, confused and been locked in their houses for three months."

Dana White on Conor McGregor announcing his retirement: "You don't have to fight. If these guys want to sit out and retire. If that's what Conor McGregor, Jon Jones and Jorge Masvidal are feeling right now."