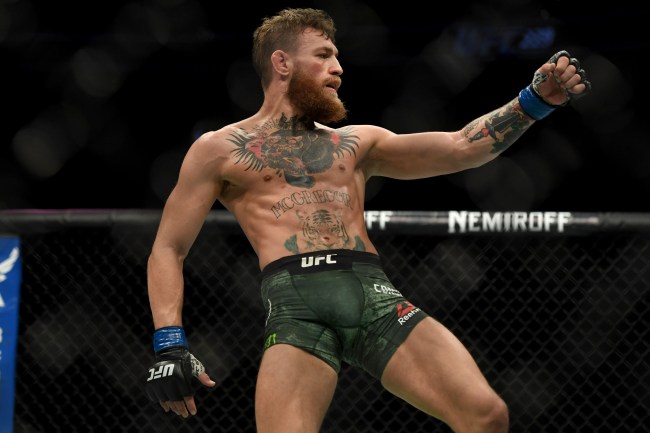 Also Conor McGregor: Slaps a ‘Coexist’ bumper sticker on the back of his Suburu Forrester that he drives under the speed limit to his book club discussing the latest Margaret Atwood novel. Types “pretty!” on women’s Instagram photos, who will surely friendzone him for eternity. Drinks decaf.

Not sure how McGregor transformed from a savage warrior to prep school Seth Rogen, but at least the dude’s got a sense of humor about it.

Amongst all the people who commented that he looks like Ryan Fitzpatrick or Matt Damon playing Conor McGregor, the UFC legend chose to respond to his comparison to the much-less-athletic Seth Rogen. 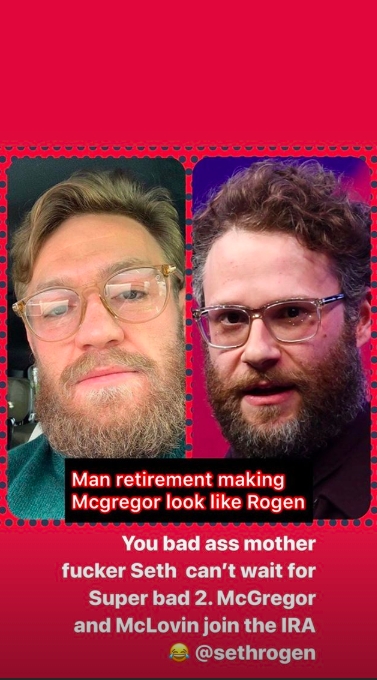 All joking aside, I would 160% watch a movie featuring the tandem of McGregor and McLovin.